Samsung Messaging might soon be coming to Microsoft’s Windows 10 platform, letting PC owners send and receive SMS text messages directly from their computers without having to use screen mirroring through Link to Windows and Your Phone.

There’s not a lot of information about the app so far, and Samsung hasn’t revealed any plans for its release, but the Windows 10 app exists and it was recently spotted at the official Microsoft Store under the Utilities & tools category.

The app is not yet available for download in any of the regions we’ve tried, so we were unable to obtain it and test it ourselves. For the time being, the app is accompanied by a ‘Redeem a code‘ button at the Microsoft Store and it’s limited to a fairly small number of devices. So, even if the app would be available for download, it wouldn’t be very useful for a lot of Samsung customers, yet.

There’s no word on when Samsung Messaging might become available at the Microsoft Store but preparations are obviously being made. Samsung might be planning a test release at first but hopefully the app will not be geo restricted. Likewise, perhaps Samsung will make the app compatible with additional device models and add Wi-Fi support later down the line. We’ll keep you up to speed as soon as we find out more. 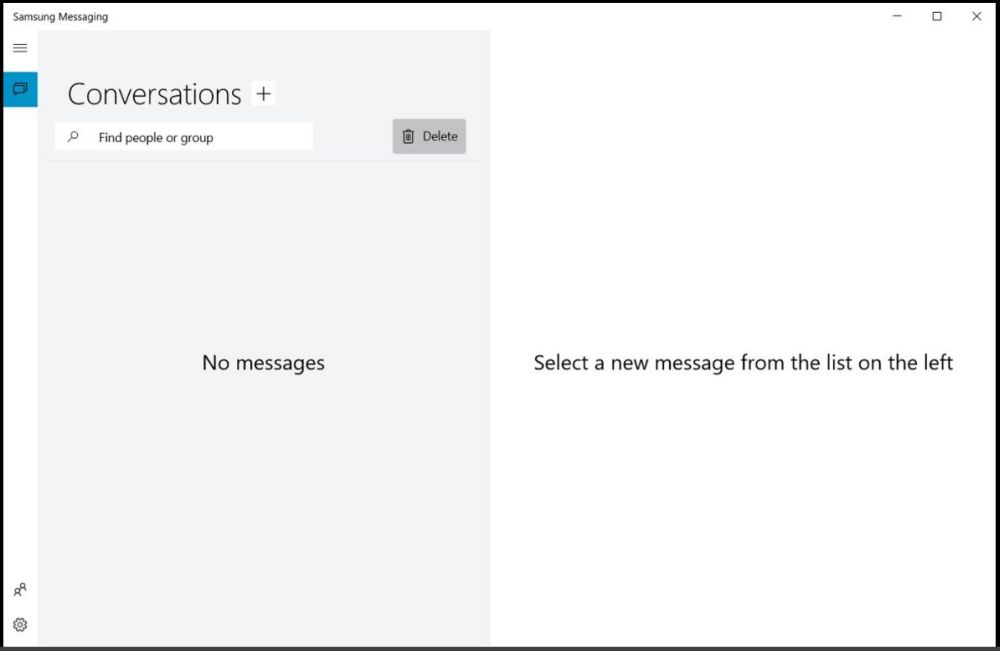