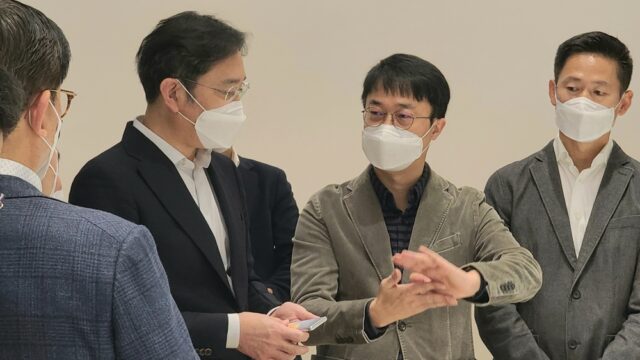 Samsung Group’s head, Lee Jae-yong, has commenced a trip to Saudi Arabia and the UAE to expand business ties and seek more opportunities for the company. He will return home on Thursday before leaving for Europe, which is the last leg of his business trip. Last month, he visited the US to make important decisions about its semiconductor business.

In his trip to the Middle East, Lee will try to enhance cooperation in the telecommunications segment and check new trends. He has been expanding ties with governments in the region over the past couple of years. In February 2019, Lee met Abu Dhabi Crown Prince Sheikh Mohammed bin Zayed al-Nahyan to expand cooperation in the IT and premium smartphone segments.

In September 2019, he visited Samsung C&T’s metro construction site in Riyadh, Saudi Arabia, which is the country’s first public transportation project. The company’s construction arm has already signed an MoU (Memorandum of Understanding) with the Saudi Arabian government to closely cooperate in city, energy, and infrastructure development.

As a part of his recent business trip to the US, Lee met Microsoft CEO Satya Nadella and Moderna Chairman Noubar Afeyan to discuss chip shortages. Samsung had also announced a new semiconductor chip plant in Taylor, Texas. The chip factory, which will start production in 2024, will use ASML’s chip fabrication equipment.

Upon his arrival from the US, Lee said, “I had a chance to hear voices from the field and to see the harsh reality of the market with my own eyes.”

In September 2020, Lee was charged with stock manipulation, bribing, and breach of trust related to the merger of Cheil Industries and Samsung C&T. After he was released from prison in August 2021, Lee has been traveling various countries and meeting high-level government officials and Samsung’s own executives to make up for the lost time.