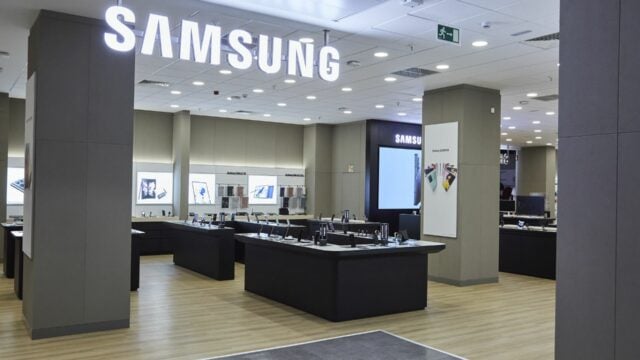 The third quarter of the year was quite favorable for Samsung in several regions, including MEA and the Philippines, where the company is leading the charge ahead of its rivals.

The MEA smartphone market had the best Q3 on record. The market grew 1% year-on-year and an impressive 7.5% quarter-on-quarter. Counterpoint Research estimates that a total of 46.5 million smartphones were shipped to MEA in Q3.

Samsung was the most influential smartphone vendor in the MEA region at the end of Q3. The company’s market share declined from 23.1% to 20.5% year-on-year, however, Samsung managed to overcome supply issues and stop its quarterly decline. It recorded an 8% quarter-on-quarter increase in shipments in Q3.

Of note is that the average selling price for smartphones in the MEA region has steadily increased over the past couple of years, and Samsung’s phones saw the steepest climb, from an average price of $192 two years ago to $282 in Q3 2021.

Samsung climbs from 5th to 1st in the Philippines

Samsung was the 4th largest smartphone vendor in the Philippines at the end of the 3rd quarter last year, trailing behind Realme, Vivo, and Oppo. And although the Philippines smartphone market declined 9% year-on-year due to lockdowns and supply chain issues, Samsung was able to increase its market share from 15% in Q3 2020 to 23% a year later and steal the crown from Realme. Xiaomi continues leading online retail with a 31% market share, ahead of Realme and Samsung.

Market watchers believe that Samsung won the podium in the Philippines in Q3 2021 thanks to its low-cost and mid-range phones, such as the Galaxy A12 and the Galaxy A21s, which were “major contributors” to Samsung’s positive results. 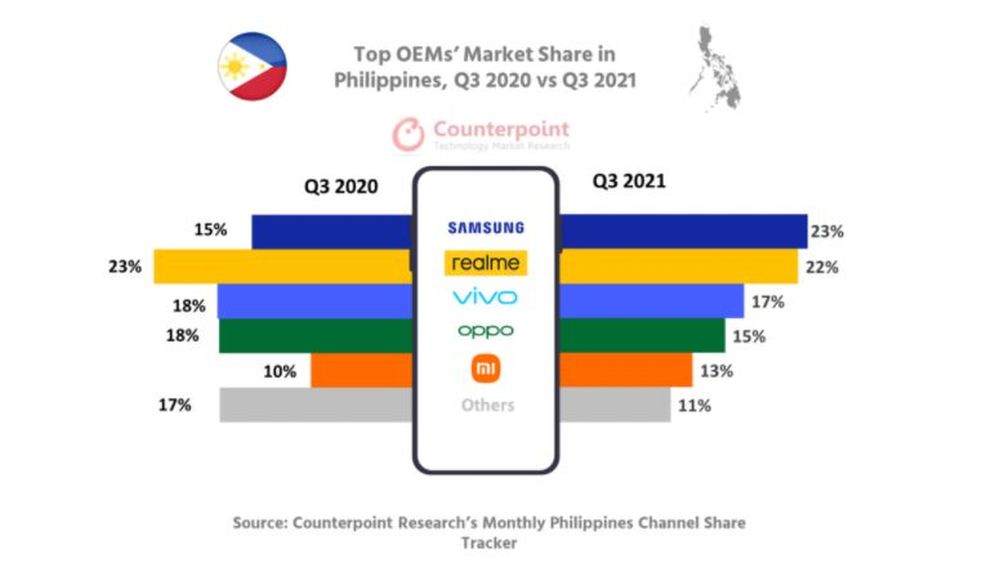 Galaxy A12 gets the November 2021 security update