Samsung is bringing its latest and greatest soundbars to the United States in a couple of weeks’ time, the company announced Friday. The new range is lead by the HW-Q800T, an AI-infused gadget which already made waves at the latest iteration of CES where it won the Best Innovation Award. Together with new additions to the Lifestyle S and T Series, the offerings aim to raise the quality bar – no pun intended – in modern home cinema experiences.

Samsung’s 2020 TV soundbars already made their way to parts of Europe and the company’s home country of South Korea. While its U.S. arm has yet to share specific pricing details, those previous launches suggest the latest lineup will peak at around $750, which is the approximate price tag attached to the HW-Q800T in other markets. 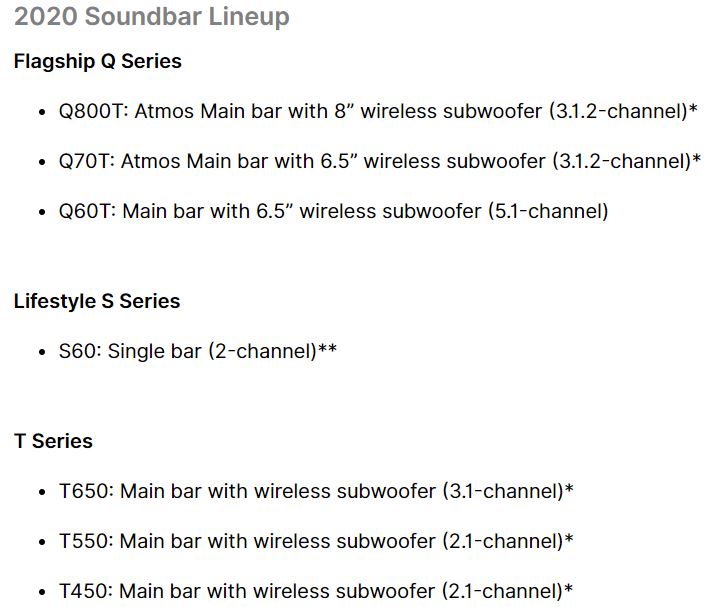 With this trio of releases, Samsung is confident in its ability to continue dominating the global soundbar market, particularly in the high-end segment. The main selling point of its 2020 products is an even more polished version of Q-Symphony, a technology that allows compatible soundbars to integrate with Samsung TVs, ultimately delivering a tailor-made viewing experience. More specifically, Q-Symphony relies on dynamic object tracking to figure out the optimal way to reproduce sound in your living room, not unlike how Google Home Max punched way above its weight several years back.

Samsung is also following up on its popular R Series with new T Series soundbars, whose 2020 iterations include the T650, T550, and the T450. The first two of those are HDMI-ready and support realistic spatial sound powered by DTS Virtual:X, with the T650 in particular boasting 3.1 surround support and a minimalist design. Finally, consumers on the lookout for a soundbar that can also double as a smart assistant will soon be tempted by the S60T, Samsung’s horn-shaped gadget with Alexa integration. 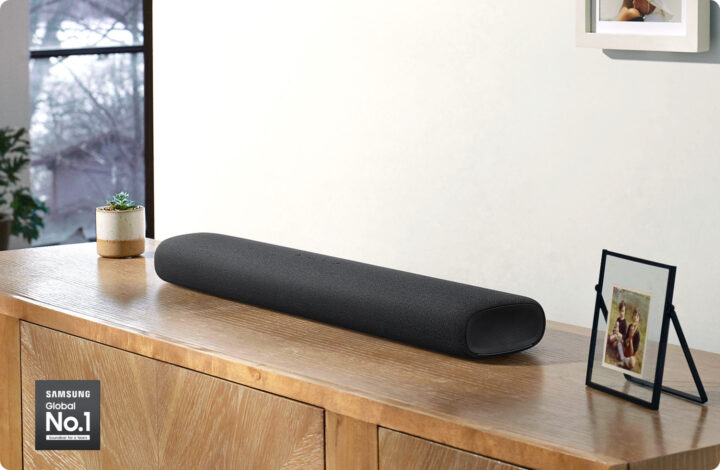 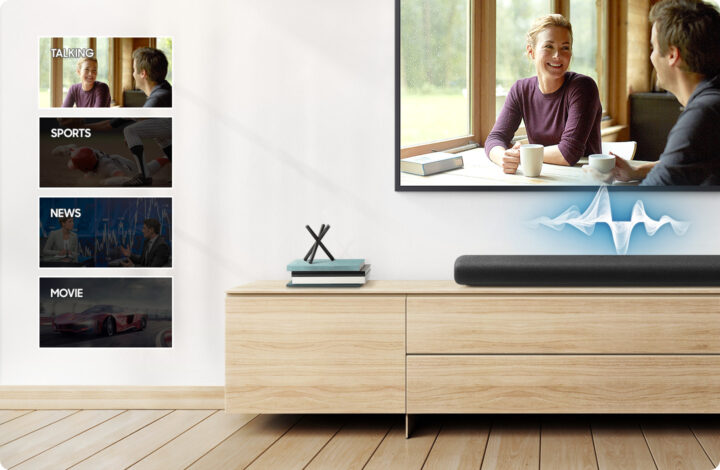 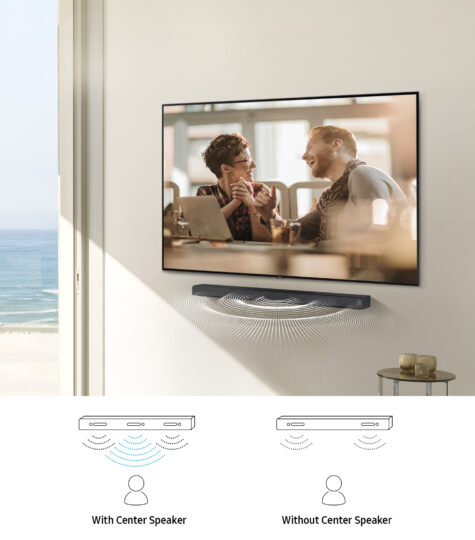