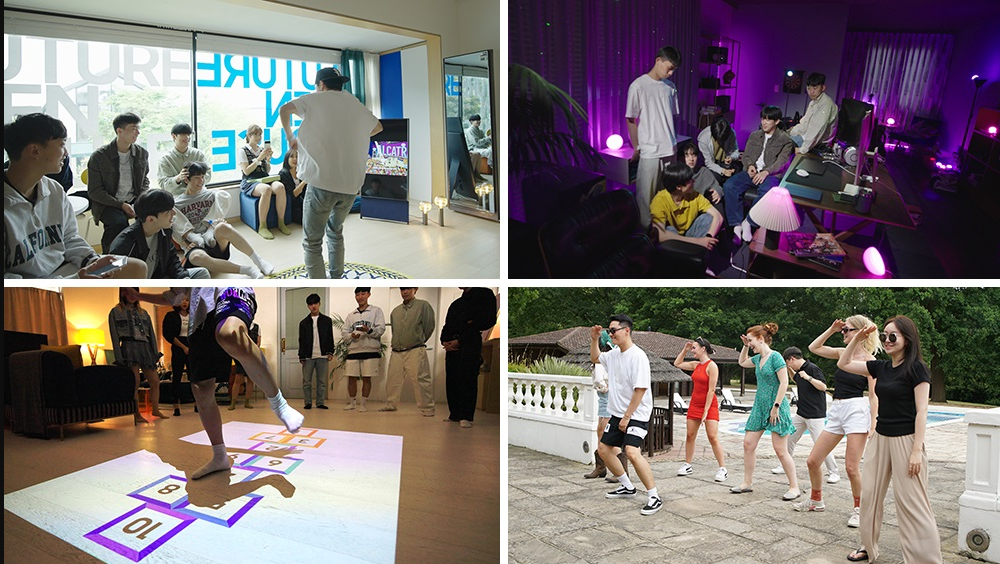 At IFA 2022, Samsung Electronics revealed its plans for the SmartThings platform, the future of home appliances, and its partnership with Qcells to create the Net Zero Home model powered by SmartThings Home. Samsung is now ready to show us a little bit more about its “Future Gen House” and has released a handful of videos demonstrating the lifestyle enabled by a Samsung smart home.

Samsung has shared its vision of a smart home in a new series of “Future Gen House” videos featuring Gen Z Samsung employees from the Future Generation Lab, as well as Gen Z influencers and college students. They all moved and lived together at the Future Gen House for two weeks, and Samsung is sharing the highlights of this adventure in its new video series.

The Future Gen House offers spaces for five different Gen Z interest categories, including cooking and design, sport and fitness, gaming, and entertainment. Shared spaces include a dining room and a lounge.

Samsung hasn’t talked much (or at all) about the buildings or architecture, so it’s not entirely clear if these houses were built as “Future Gen Houses” from the ground-up or if  they were converted into smart homes. Either way, the company focused entirely on demonstrating the IoT cross-connectivity capabilities of its products, ranging from home appliances to smart TVs, projectors, and even the S Pen.

The Freestyle projector was also installed at the Future Gen House, and the temporary residents had access to all sorts of mobile devices, including the Galaxy Tab S8+.