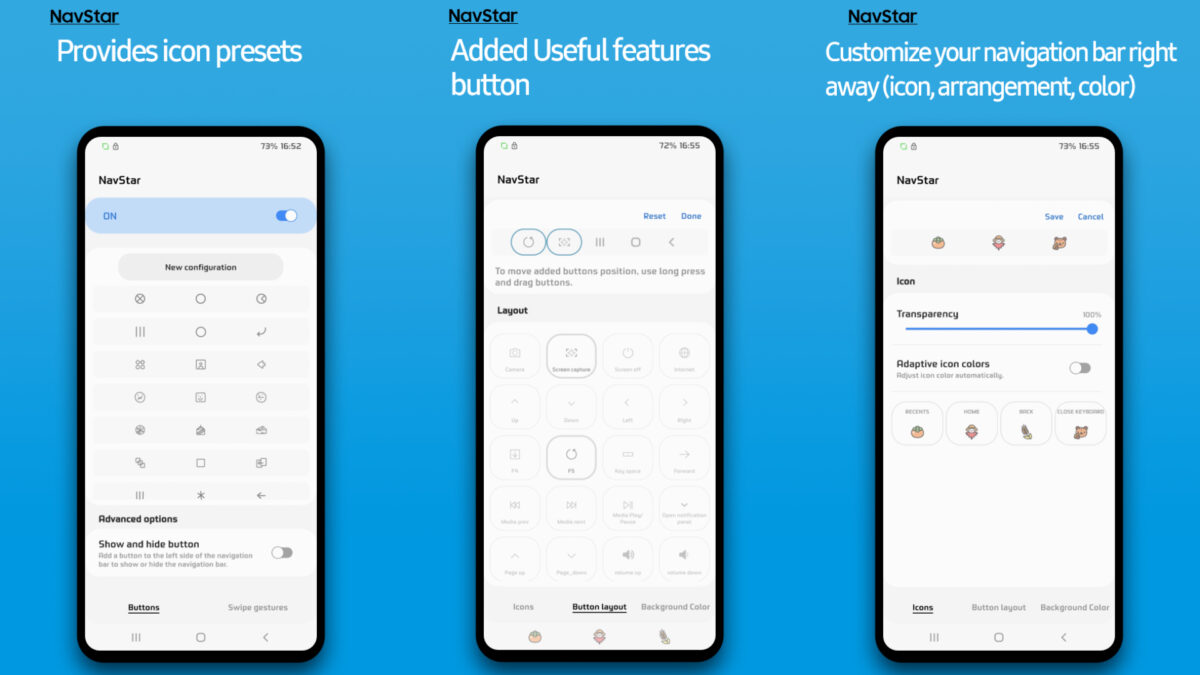 Samsung has released an update for NavStar, a module for the company’s Good Lock app. It allows you to customize the navigation bar on your Samsung device with various options and styles. The latest update bumps the app’s version to 5.1.2.23, and it is made for Samsung’s smartphones, tablets, and foldable devices running on One UI 5.0 and One UI 5.1. More importantly, the update brings a lot of bug fixes.

For starters, the update fixes an issue that caused the navigation bar to be stuck in dark mode even when it was automatically turned off by the system with the ‘turn on as scheduled’ option. According to the change log, some apps didn’t run on Samsung’s tablets and foldable devices when NavStar was enabled, and Samsung has now fixed the issue. Seemingly, there was also an issue with NavStar on Galaxy Flip devices, which caused the navigation bar to appear abnormally large or stop System UI from running. Well, Samsung has fixed that issue as well.

The update is rolling out in all the regions where NavStar is available to download. To update the app, go to Samsung Good Lock, tap the three-dot icon at the top-right corner of the screen, and select the ‘Update all’ option. Selecting that option will open Galaxy Store where the NavStar app will automatically update.

Samsung recently added an option to Good Lock to update all modules simultaneously so that you don’t have to spend more time in updating all those modules individually.