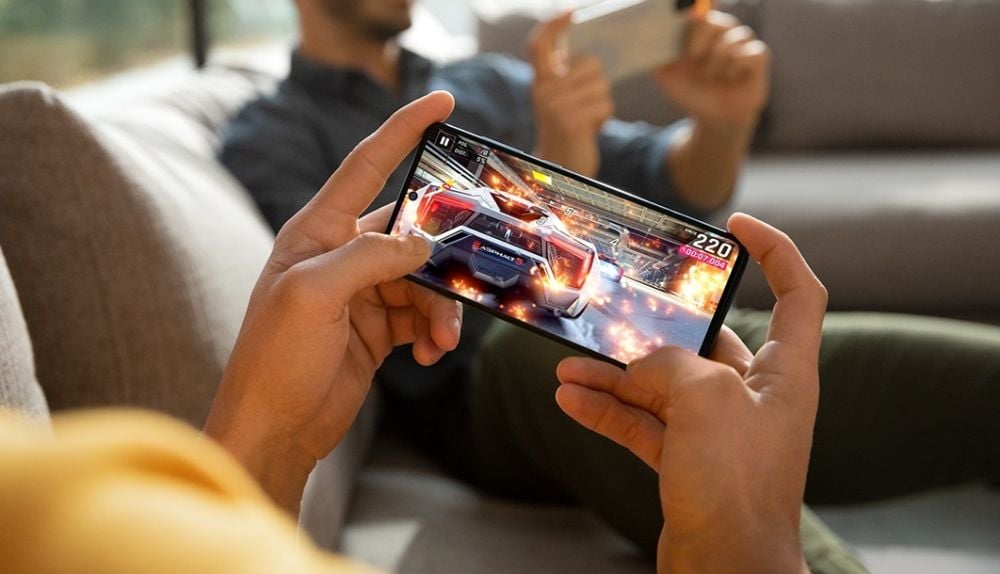 Samsung has released a new update to its Game Launcher app. The latest version of the app (v4.3.02.6), which is available through the Galaxy Store, brings new features, including instant games. The updated app also brings a separate tab for in-game notifications.

Most of the instant games that are currently available inside Game Launcher, including Basketball FRVR, Drag Race FRVR, Gold Train FRVR, and Hex FRVR, are developed by FRVR Games, and they can be played without installation. Samsung says that it carefully selected the games that can be enjoyed by people of all ages and can be launched instantly with a single click. It is possible that the company will add more instant games to the Game Launcher app.

Samsung has been steadily adding features to Game Launcher since its release. Apart from showing all the games installed on the device in one place, it also shows trending games, a user’s play history, and offers the ability to tune the performance of games installed on the phone. Earlier this year, a Game Launcher update brought changes to how DeX and notifications behave.

Samsung is rolling out a new update for its Game Launcher app, which adds support for Android 12 and introduce …

It became clear two months ago that several Android 12 features have been inspired by Samsung’s One UI. …

Samsung has the best interest of mobile gamers at heart. This is what the promotional material would have you …

Samsung’s Game Launcher has received a new update, pushing the app to version 4.2.01.9. It brings a hand …