Galaxy S10 Lite picks up One UI 2.1 update in India 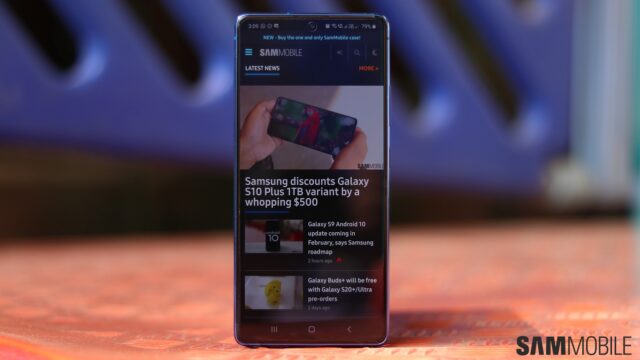 A few months back, Samsung India had announced that it would be postponing the release of the Android 10 and One UI 2.0 update for its smartphones and tablets because of the lockdown imposed in the country for battling the coronavirus. The One UI 2.1 update that Samsung has rolled out to multiple devices was also delayed in India as a result.

Two weeks back, Samsung India finally started releasing updates again, kicking things off with the Galaxy A50’s Android 10 update. Now, Samsung has also released One UI 2.1 in the country for at least one eligible device: Galaxy S10 Lite owners in India can now download the One UI 2.1 update and start enjoying a host of new software features.

All of these features debuted on the Galaxy S20 series and include Quick Share, Music Share, a basic Pro video mode and a number of other new camera functionality, such as Single Take, My Filters, and nighttime Hyperlapse recording. Unfortunately, the security patch included in the update is from the month of April, as the firmware version rolling out in India (G770FXXU2BTD2) is the same one that was released for the Galaxy S10 Lite in other countries a couple of months ago.

The update also doesn’t seem to be available over the air at this time, but that should change in the next couple of days. However, if you own a Galaxy S10 Lite and don’t want to wait, you can download the update via Samsung’s Smart Switch software for Windows or Mac. The One UI 2.1 firmware is also available for download in our archive for manual installation using a Windows PC.