Samsung has been developing multiple new smartphones that are expected to run Android 10 out of the box even though these smartphones are expected to launch before the Galaxy S11. This has led us to believe that Samsung is finally going to stop its long-standing tradition of not releasing any device preloaded with the latest version of Android before the newest Galaxy S flagship.

And it seems the Korean giant isn’t even waiting until those new smartphones to be unveiled before it nips that tradition in the bud. T-Mobile started taking pre-orders for the Galaxy Note 10+ 5G in the US earlier this week, and according to the carrier’s official product page, its version of the Note 10+ 5G comes with Android 10 and One UI 2.0 out of the box! This was confirmed by a user who already has the phone in their possession ahead of its retail launch on Friday.

Basically, those who buy the 5G Note 10+ on T-Mobile can start enjoying the latest software right away while Note 10 and Note 10+/Note 10+ 5G owners around the world get impatient about the Android 10 update. It also means that Samsung has the stable Android 10 build for the Galaxy Note 10 series ready to go and could release it to the public right away, although we imagine it’s not as simple when you’re talking about bringing a newer version of the OS as a software update to devices that are already in use by millions of consumers. 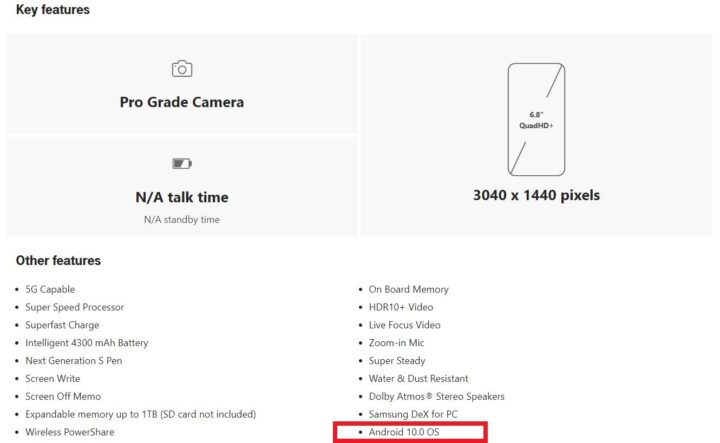