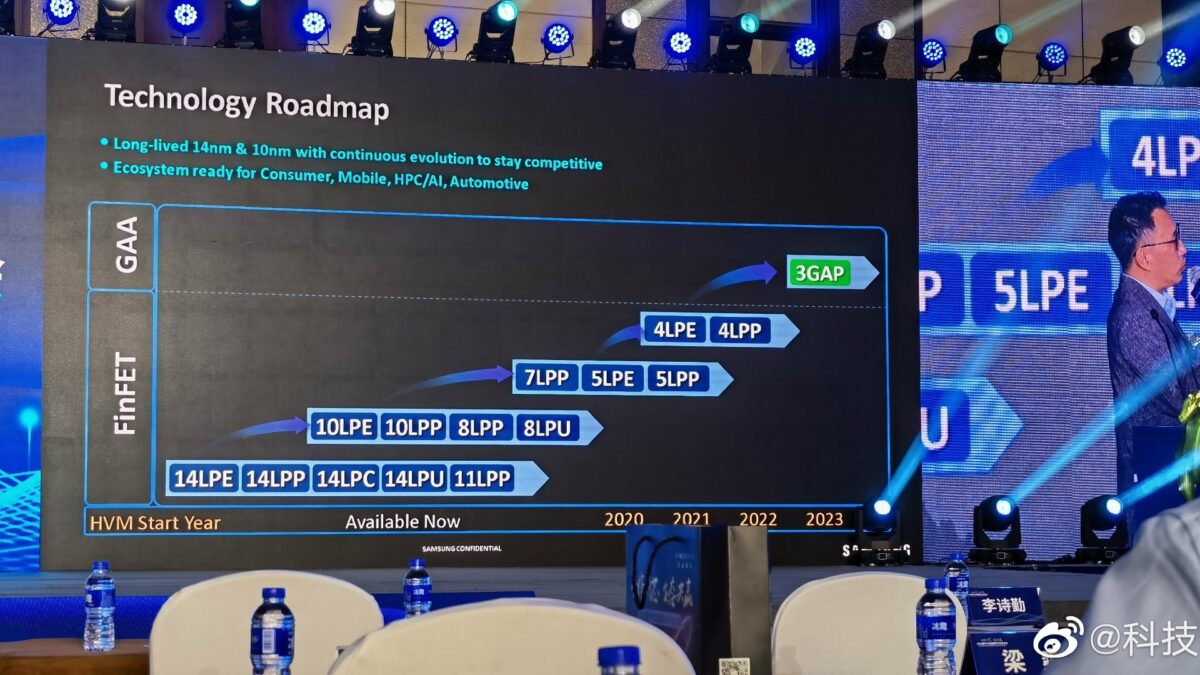 Samsung Foundries is likely to face yet another setback after losing Qualcomm’s business to TSMC. A report from Businesspost.kr says that mass production of its 3 nm process node could be delayed due to sub-par yields. It is the first in the industry to use a GAAFET (Gate all around FET), instead of the traditional FINFET (Fin FET) design.

Market research firm IC Nolridge says that Samsung will initially use its 3 nm node for internal use, presumably the Exynos 2200 successor (Exynos 2300). Samsung’s initial roadmap said that 3 nm mass production would kick off in 2022, but that seems unlikely at this point. The firm added:

Samsung Electronics appears to be still solving the technical problems of the newly introduced GAA (gate-all-around) process from 3 nanometers and the introduction of new technologies ahead of competitors is leading to lower yields and delays in mass production.

Once perfected, however, Samsung’s 3 nm process has the potential to take computing to an entirely new level. It can pack 1.6 times more transistors than previous-generation nodes and perform 35% faster while consuming 50% less power. Once the problem with yields is sorted out, it should, on paper, be able to TSMC a run for its money.

However, Samsung doesn’t have long before TSMC catches up with GAAFET transistors. TSMC’s 2 nm node will employ a GAAFET design, and it is expected to enter mass production by 2025. Intel Foundries, on the other hand, plans to kick start its 20A (2 nm) node by 2024.

Previous reports said that Samsung would make 3 nm parts for AMD, Qualcomm and a few others. However, Qualcomm is unlikely to return anytime soon after the Snapdragon 8 Gen 1 debacle. Even AMD switched over to TSMC for its Milan-X server CPUs.

Samsung’s horrible yield forces Qualcomm to give TSMC its busine …

Samsung has been working hard to win clients for its foundry division. Making chips for companies that donR …