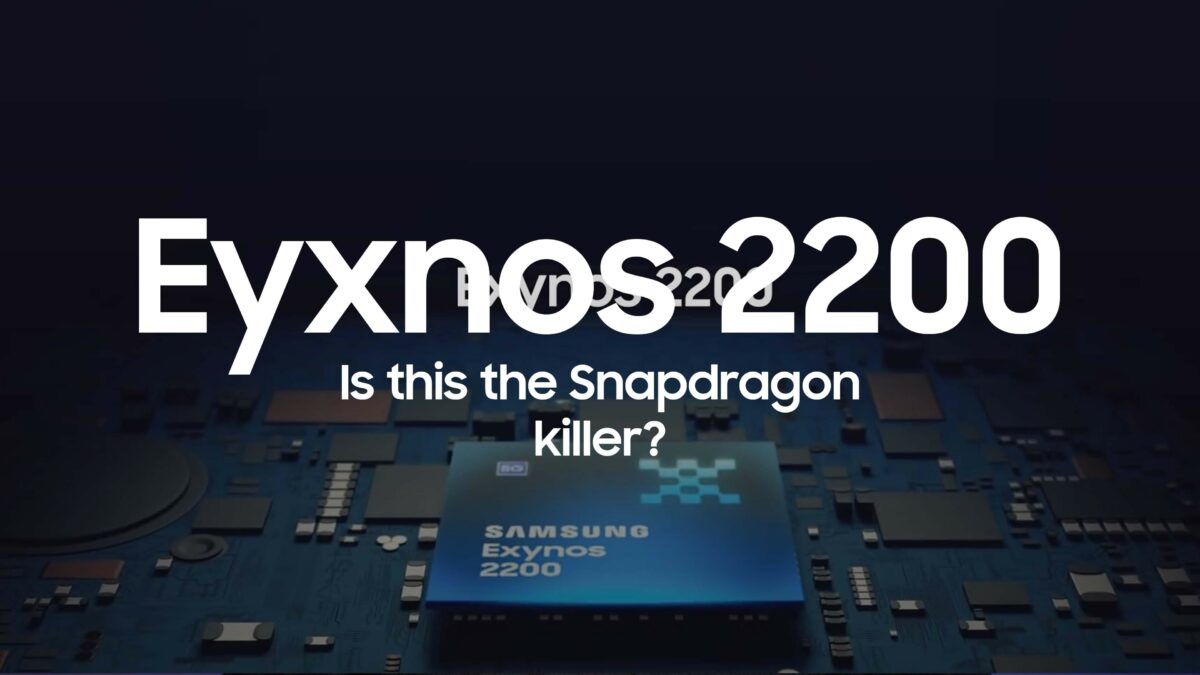 Samsung’s latest mobile chipset, the Exynos 2200, is official. The company unveiled the SoC earlier this week and revealed a number of details about its capabilities, the latter of which we’re discussing in a new video below.

Although the company has remained quiet about the exact clock rates and performance figures that should be achieved by the Exynos 2200, Samsung revealed certain details about the chipset’s manufacturing process, security, and the AMD partnership. The latter collaboration turned the Exynos 2200 into the first mobile chipset with AMD graphics, and everyone’s eager to compare this new solution to Qualcomm’s latest Snapdragon 8 Gen 1 solution.

The upcoming Galaxy S22 flagship series will be the first to use the Exynos 2200 chipset. In some markets, at least. In others, it will feature the Snapdragon 8 Gen 1 solution, which should mean that performance between the two SoCs will be comparable.

We’ve touched on the specifications that Samsung was willing to unveil about the Exynos 2200 in a new video. So, if you missed this week’s official announcement or you want to join the conversation around this upcoming chipset, feel free to check our YouTube video and hop on to our social media networks linked below. And don’t forget to stay tuned for more Galaxy S22 news as we approach the series’ February unveiling.

Google shook the mid-range smartphone market at its I/O 2022 event earlier this month when it announced the Pixel 6a. Priced at $449 and sharing the same Tensor chipset as the Pixel 6 Pro, the 6a sounds like a dangerous competitor to the Galaxy A53. Should Samsung worry? We’ve discussed the Pixel 6a and Galaxy […]

It’s been a couple of months since the Galaxy S22 Ultra became the daily driver for a few members of the SamMobile team, and today, we’re taking a look back at our time spent with Samsung’s latest flagship. How is the Galaxy S22 Ultra, now that the honeymoon period is over? Does the new S […]