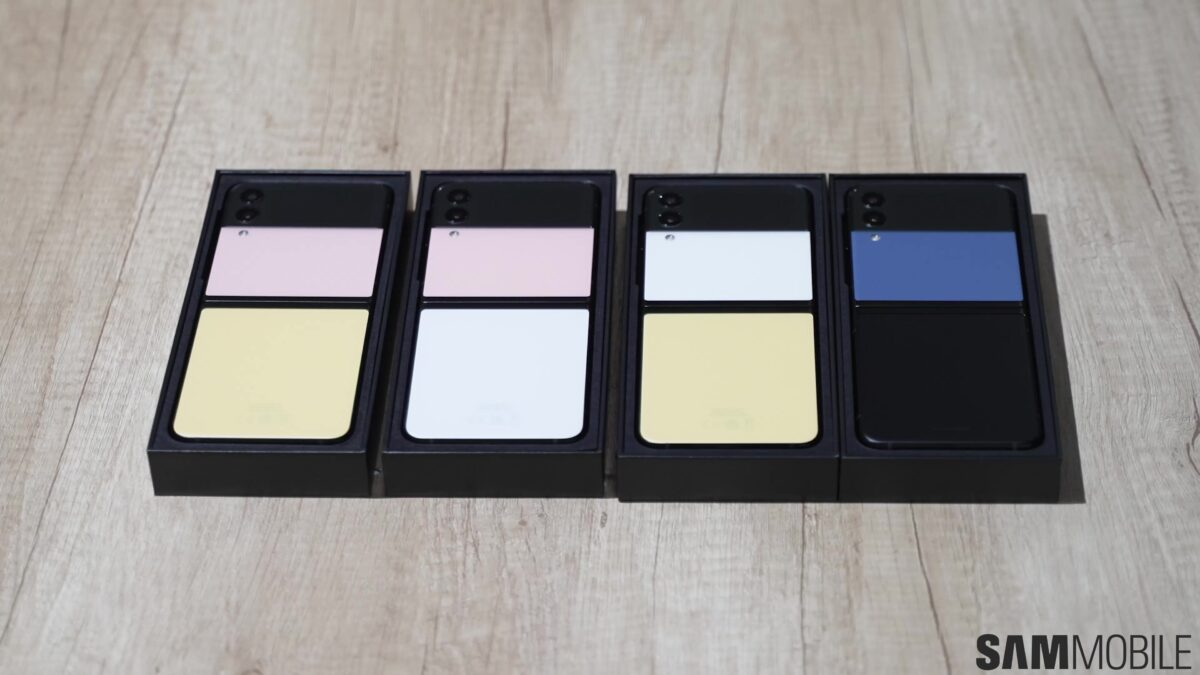 According to the latest bits of information, the Galaxy Z Flip 4 standard and Bespoke Edition variants will offer colors including black, green, gold, yellow, white, gray, light blue, purple, silver, and navy (via @DSCCRoss). As expected, customers will be able to mix and match the color of the two back panels and the metal frame.

The source mentions that the gray color option will likely see the highest production figures within the first few months of the Galaxy Z Flip 4 hitting the shelves. Samsung also expects purple and gold to be fairly popular, which makes sense, given that these two color options have been used to great success by the original Galaxy Z Flip.

The Galaxy Z Flip 3 Bespoke Edition is available only in select markets, and although the Z Flip 4 Bespoke sequel will also be released in limited regions, we expect it to reach more customers than ever before.

Aside from Australia, Canada, France, Germany, Korea, the UK, and the US, our sources tell us that Samsung wants to release the Galaxy Z Flip 4 Bespoke Edition in more European and Asian countries.

The Bespoke Edition will be limited to online orders at Samsung.com. The Galaxy Z Flip 4 could get unveiled in August. 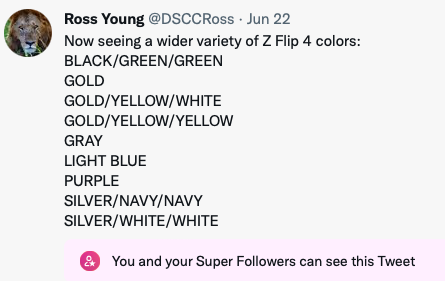