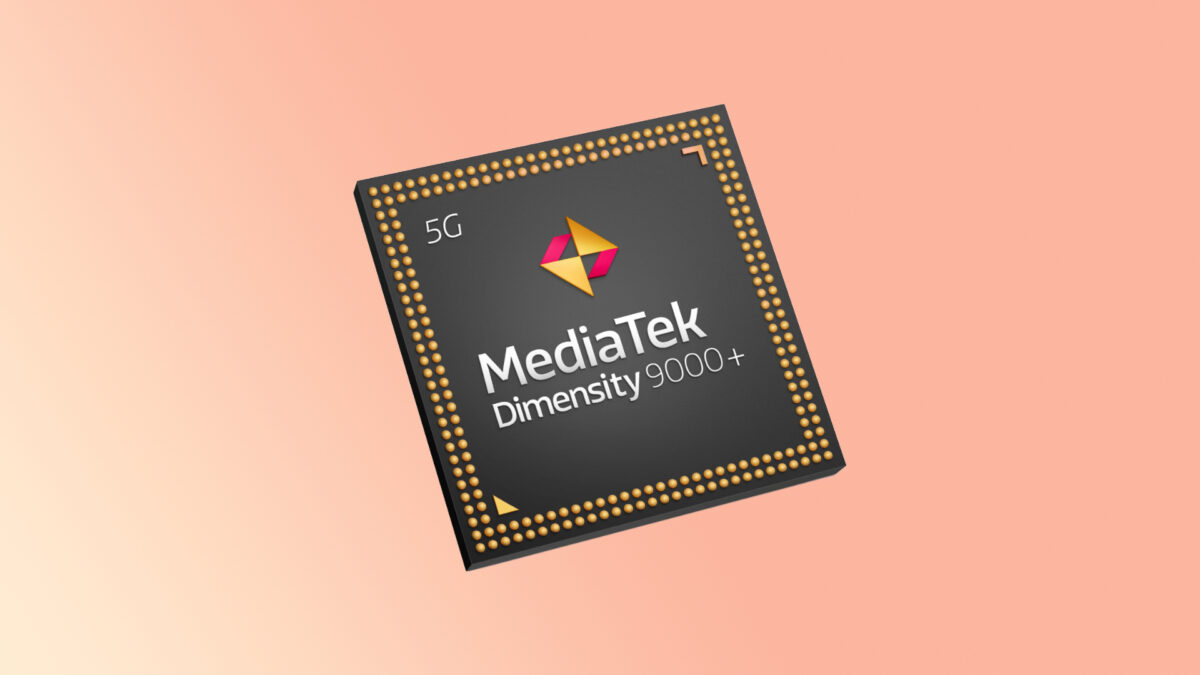 MediaTek has unveiled a new flagship smartphone chipset, the Dimensity 9000+. It is a slight upgrade over the Dimensity 9000 that was launched a few months ago. Plus, it is MediaTek’s answer to the Snapdragon 8+ Gen 1 that was announced a few weeks ago. It should perform better than the Exynos 2200.

MediaTek says there’s a 5% CPU performance uplift and 10% better GPU performance. It has 8MB of L3 cache, 6MB system-level cache, and support for LPDDR5X RAM. Similar to most other high-end chips, it supports UFS 3.1 storage. The Imagiq 790 ISP supports up to 320MP camera sensors and 4K 60fps HDR10+ video recording.

The integrated 5G modem still lacks support for mmWave 5G, which was also the biggest drawback of the Dimensity 9000. With sub-6GHz 5G and advanced carrier aggregation, the Dimensity 9000+ tops out at 7Gbps download speeds. It has Wi-Fi 6E, Bluetooth 5.3, dual-frequency GPS, NFC, and USB 3.1 Type-C. 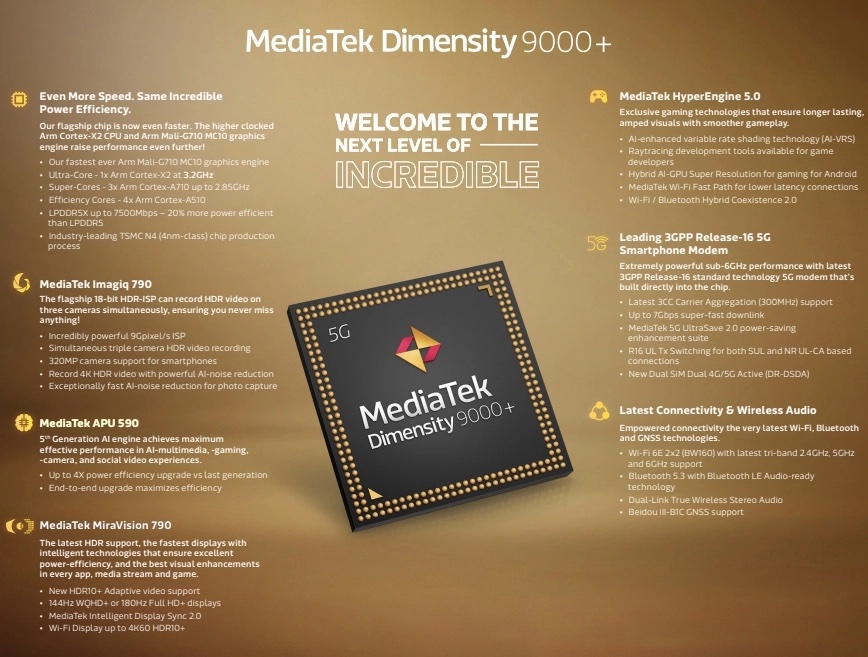 Dr. Yenchi Lee, Deputy General Manager of MediaTek’s Wireless Communications Business Unit, said, “Building on the success of our first flagship 5G chipset, the Dimensity 9000+ ensures that device makers always have access to the most advanced high-performance features and the latest mobile technologies, making it possible for their top-tier smartphones to stand out.”

Samsung might not release a mid-cycle refresh of the Exynos 2200. The company might not use Exynos chipsets in Galaxy smartphones for the next two years. It is reported that the firm has created a dream team of 1,000+ engineers to build a custom high-end chip for the Galaxy S series, and the first such chip could debut with the Galaxy S25 in 2025.