Samsung released the Galaxy Z Fold 2 globally last week. Some pre-order customers had already got their hands on the device by then. There were a few who couldn’t find the eSIM option on their new foldable device. That’s because the eSIM functionality wasn’t enabled at that time.

Samsung did confirm to us last week that it was going to enable the eSIM option for the Galaxy Z Fold 2 through a new firmware update. Fortunately, the company hasn’t taken a lot of time to follow through on this promise. The unavailability of eSIM was troublesome for those who use two different carriers or were using an eSIM before they upgraded to the Galaxy Z Fold 2.

The company is now rolling out firmware version F916BXXU1BTIA for the Galaxy Z Fold 2. It adds the SIM card manager menu that was previously missing from the Settings app, and eSIM was thus not available as a consequence. The changelog also mentions that the camera app has been updated as well. This software update is currently rolling out in Europe and it’s readily available for download from our firmware section. 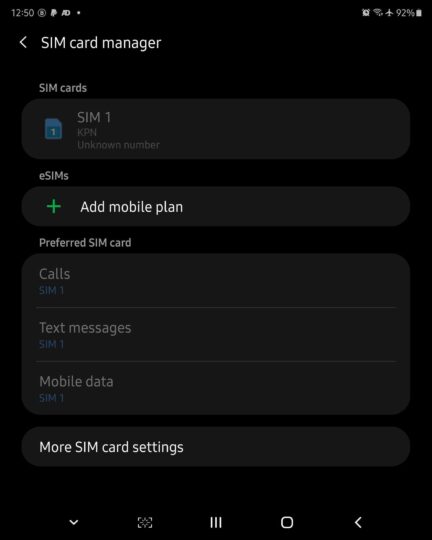