How to take a screenshot on the Samsung Galaxy S9 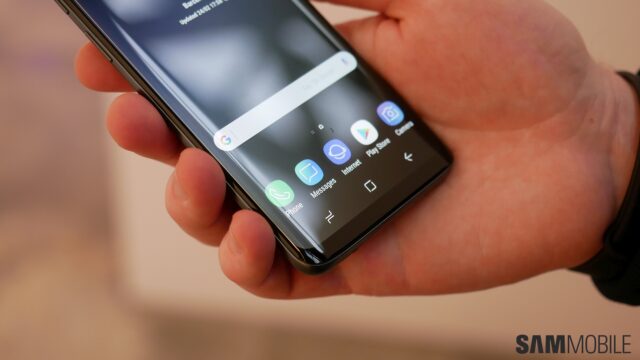 How to take a screenshot on the Samsung Galaxy S9

The device will offer multiple functions, such as sharing or editing the screenshot, once you have taken the screenshot. The options include Draw, Crop and Share and they’re displayed at the bottom of the screen. There’s also an option called “Scroll Capture”. If you don’t see these options once you take a screenshot navigate to the Settings » Advanced features menu and enable Smart Capture.

Scroll Capture is a very useful feature that lets you capture a screenshot of more than just what’s on your screen in a single image. It can be used to capture an entire webpage or a long list in some app. Here’s how you use the Scroll Capture feature:

Now that you know how to take a screenshot on the Samsung Galaxy S9, keep in mind that they’re all saved in the Screenshots folder in the Albums tab of the gallery. If you’re viewing the Pictures tab then they will be displayed alongside your camera photos. You can also access them using the native file manager by opening the internal storage and navigating to the the DCIM folder where you’ll find the Screenshots folder.