Google unveiled its latest high-end smartphones—Pixel 6 and Pixel 6 Pro—a few hours ago. They come with a brand new design, faster processor, improved displays, upgraded cameras, bigger batteries, and, more importantly, a longer software update promise. While some rumors had suggested earlier that the Pixel 6 series will get four years of OS updates, that didn’t turn out to be the case.

The internet giant is promising five years of security updates for the Pixel 6 and the Pixel 6 Pro, but it will only offer three major Android OS updates, similar to Samsung. While Google releases feature drop updates to its smartphones once every quarter, Samsung fans don’t need to get jealous as even the South Korean firm releases new features to its smartphones every now and then. 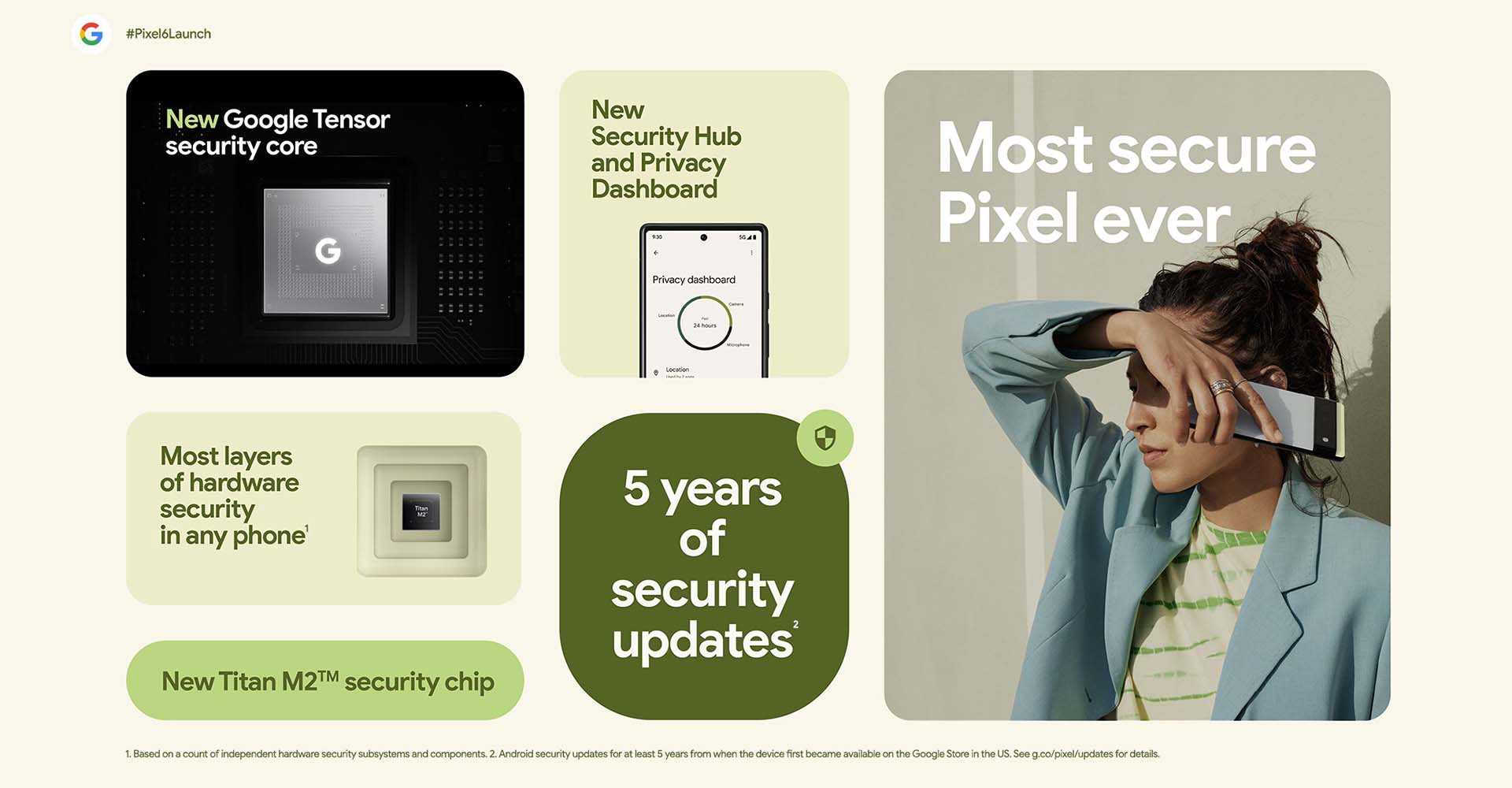 So, is Google’s update guarantee really better than Samsung’s? Not really. While Google is ahead in terms of security updates, both firms offer similar OS update support. What Samsung needs to worry about is the pricing of the Pixel 6 series. At just $899, the Pixel 6 Pro offers tough competition to the Galaxy S21 Ultra, which is priced at $1,199 on Samsung’s website. Even the Pixel 6, which competes with the $800 Galaxy S21, is priced at just $599.

The Pixel 6 Pro features a 6.7-inch OLED display with QHD+ resolution and a 10Hz-120Hz variable refresh rate. The Pixel 6 has a 6.4-inch 90Hz OLED display. Both phones use Google’s own 5nm Tensor processor, featuring two ARM Cortex-X2 cores and the Mali-G78MP20 GPU. They have 5G, GPS, Wi-Fi 6E, Bluetooth 5.2, NFC, UWB, and a USB Type-C port, similar to the Galaxy S21 series. Google’s flagship phone has an 11.1MP selfie camera and a 50MP+12MP+48MP triple-camera setup on the rear. The 50MP (ISOCELL GN1) sensor is from Samsung and can record 4K 60fps HDR videos. The 48MP telephoto camera has a 4x optical zoom periscope lens. Google has implemented some neat camera features like Face Unblur (sharper faces of kids and pets), Magic Eraser (removing unwanted objects from images), and Real Tone (for more accurate skin tones). The Pixel 6 lacks the telephoto lens and uses only an 8MP selfie camera.

Would you pick the Pixel 6 or the Pixel 6 Pro over the Galaxy S21 series? Let us know in the comments section below.