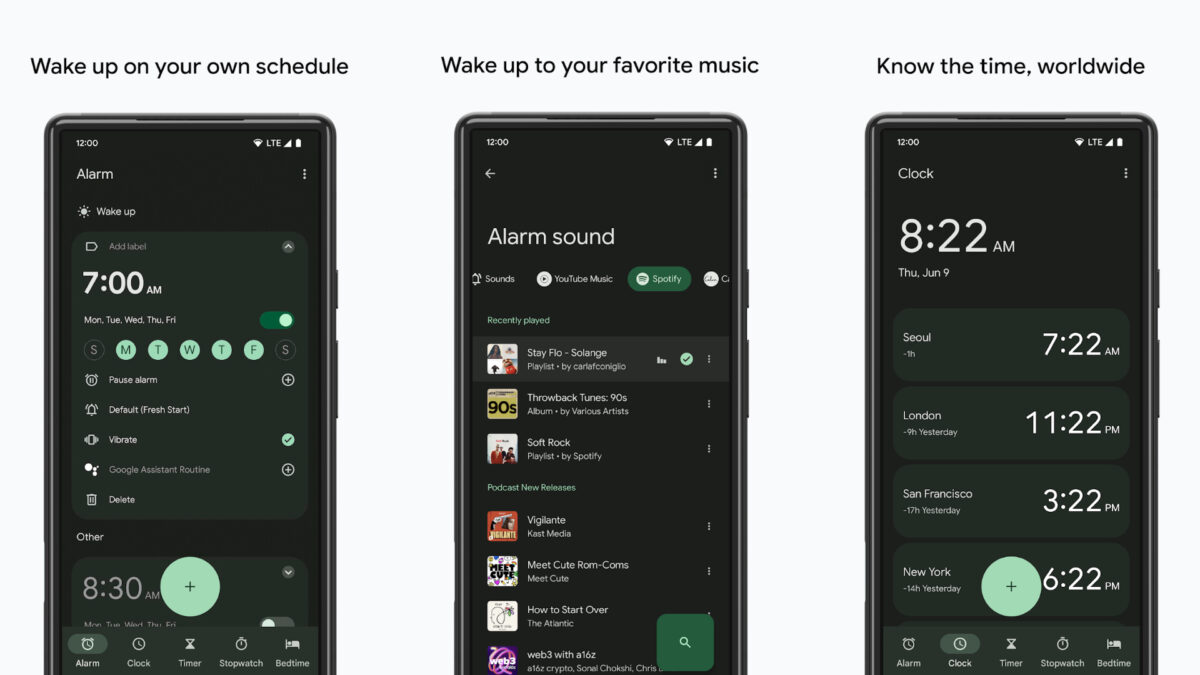 Google is rolling out an update to the Google Clock app. It bumps the app’s version to 7.4 and brings two changes. The first change is new alarm controls, which are easier to use than before and look more in line with the company’s current design philosophy. The second change is a redesigned UI for the timer that looks more symmetrical and is more functional.

In the Google Clock app’s current version, the panel that appears on the screen when an alarm goes off has a slider bar with an alarm icon in the middle. Sliding that icon to the right will stop the alarm and sliding it to the left will snooze it. The updated version of the app gives you two pill-shaped buttons: Snooze and Stop. They are not only easier to operate but also blend in with the design of the rest of the app.

Currently, the timer in Google Clock has two buttons: one to stop the timer and the other to add one minute to the timer. While the stop button is pill-shaped, the button to add a minute to the timer is circle-shaped. Both of them also have different sizes, and they are, for some weird reason, aligned to the right edge of the screen. Well, Google is fixing the timer’s odd-looking design elements with the new update.

Now, the timer has two similarly-sized pill-shaped buttons to stop the timer and add a minute to it. Both of them are also aligned to the center of the screen. Earlier, the timer displayed the remaining time in the top-center portion of the screen. Now, that has been moved to the top-left corner of the display. That change was probably made to make space for a new countdown animation that shows the remaining time in a circle.

Google Clock 7.4 is not rolling out widely, and many people who got the new update weren’t able to see the redesigned UI. It indicates that the new features are still in the testing phase. So, don’t expect Google Clock redesign to pop up on your Samsung device anytime soon. Meanwhile, Samsung Clock has a button that you can slide in any direction to turn off an alarm and a traditional single-press button to snooze it.

After being spotted a few months ago, Google is finally rolling out the Material You redesign for the Google app on Android in beta. You will instantly notice the changes in the bottom bar as it uses Material You elements, including pill-shaped indicators. This goes perfectly in line with the new Search filters carousel. Sadly, […]

In an official blog, Google has announced something that will make the incognito tabs on its Chrome browser a bit more secure from everyone’s prying eyes. Apparently, Google is rolling out a feature to let Galaxy and other Android phone users unlock Google Chrome incognito tabs using their fingerprint. Even though Google owns Android, the feature […]