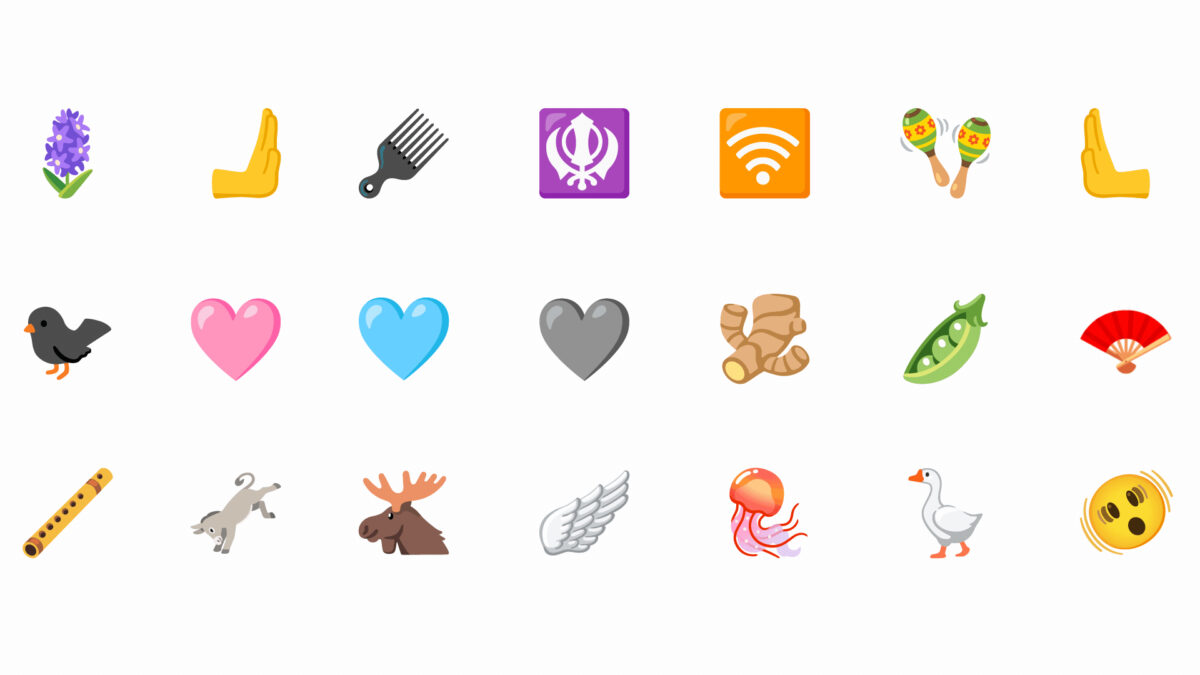 Google has made quite a few announcements today with the company’s work on emojis, including the addition of Unicode 15.0 emojis to AOSP, an animated version of emojis in Android, a colored version of Noto Emoji font, and support for color-changing emojis in Chrome. These new emojis will soon be released to Android smartphones, tablets, and smartwatches, including Samsung’s Galaxy devices.

In a post on the Google Developers Blog, the company announced that it is adding Unicode 15.0 emojis to Google’s emoji library and showcased Google’s design for those emojis. Unicode 15.0 brings 21 new emojis. Leftward and rightward hand, shaking face, ginger, donkey, moose, goose, jellyfish, pea pod, and new heart colors are some of the popular ones from the new list.

According to Google, the new emojis will be added to AOSP in the coming weeks. The company will offer the new set of emojis to Android devices through updates starting in December. The Google Pixel devices could be the first in line to get the new emojis. Along with adding new emojis from Unicode 15.0 to its library, Google is releasing a batch of animated versions of emojis that are already available in Android. This is a first.

Although not all the emojis that are on Android will have animated versions, there are almost 200 animated emojis listed on Google’s website. A few of these animated emojis are already present in Google Messages.

Lastly, Google is also adding support to Chrome for emojis that can change colors.