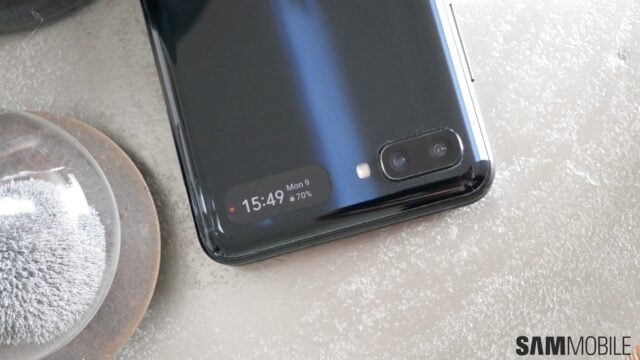 The newest software update for the Galaxy Z Flip comes with firmware version F700FXXS8EUI2, and it is currently available in Austria and Switzerland. More countries could get the update over the next few weeks. Samsung hasn’t revealed which vulnerabilities it has fixed with the December 2021 security update, and we expect the information to be published over the next couple of weeks.

The new firmware update might also include some bug fixes and device stability improvements. If you’re a Galaxy Z Flip user in any of the countries mentioned above, you might have already received a notification of the new update. If you haven’t received it already, you can check for it manually by navigating to Settings » Software update and tapping on Download and install.

If you’re feeling impatient, you can also download the new firmware file from our firmware database and flash the phone manually.

Samsung had launched the Galaxy Z Flip in February 2021 with Android 10 onboard. The phone received the Android 11 update earlier this year and will soon get the Android 12 update.