We got our first look at what might be the final design of the Galaxy Tab S7 last week. Now, the Galaxy Tab S7+ has been exposed in similar CAD renders and a 360-degree video showing the tablet from all angles. And, unsurprisingly, it looks almost identical to the standard Galaxy Tab S7 sans the different dimensions.

That’s going to be the common theme of the Galaxy Tab S7 series. Both tablets are expected to follow the same design and share a lot of specifications while differing in a few key areas. Evidently, the Galaxy Tab S7+ will have a larger display and battery, but both variants are said to take advantage of screens capable of a 120Hz refresh rate, and they’re going to ship with an S Pen.

We exclusively brought the Galaxy Tab S7+ to your attention a couple of months ago when we learned it will have a 12.4-inch display. This information has been further corroborated by the CAD renders at hand, passed along by @OnLeaks and Pigtou.

The Galaxy Tab S7+ should reportedly measure roughly 285 x 185 x 5.7mm, meaning it will be taller and wider than the ongoing Galaxy Tab S6 while retaining the same thin profile. The tablet should be equipped with quad speakers and a dual rear-camera setup accompanied by a flash. Time will tell whether or not Samsung’s upcoming flagship tablet will be able to compete with the iPad Pro, but it’s refreshing to see Samsung, and consequently Android OS, continuing to compete against Apple in 2020 for tablet market share. Check the Galaxy Tab S7+ CAD renders below for a closer look at what could very well become a real product in the coming weeks. 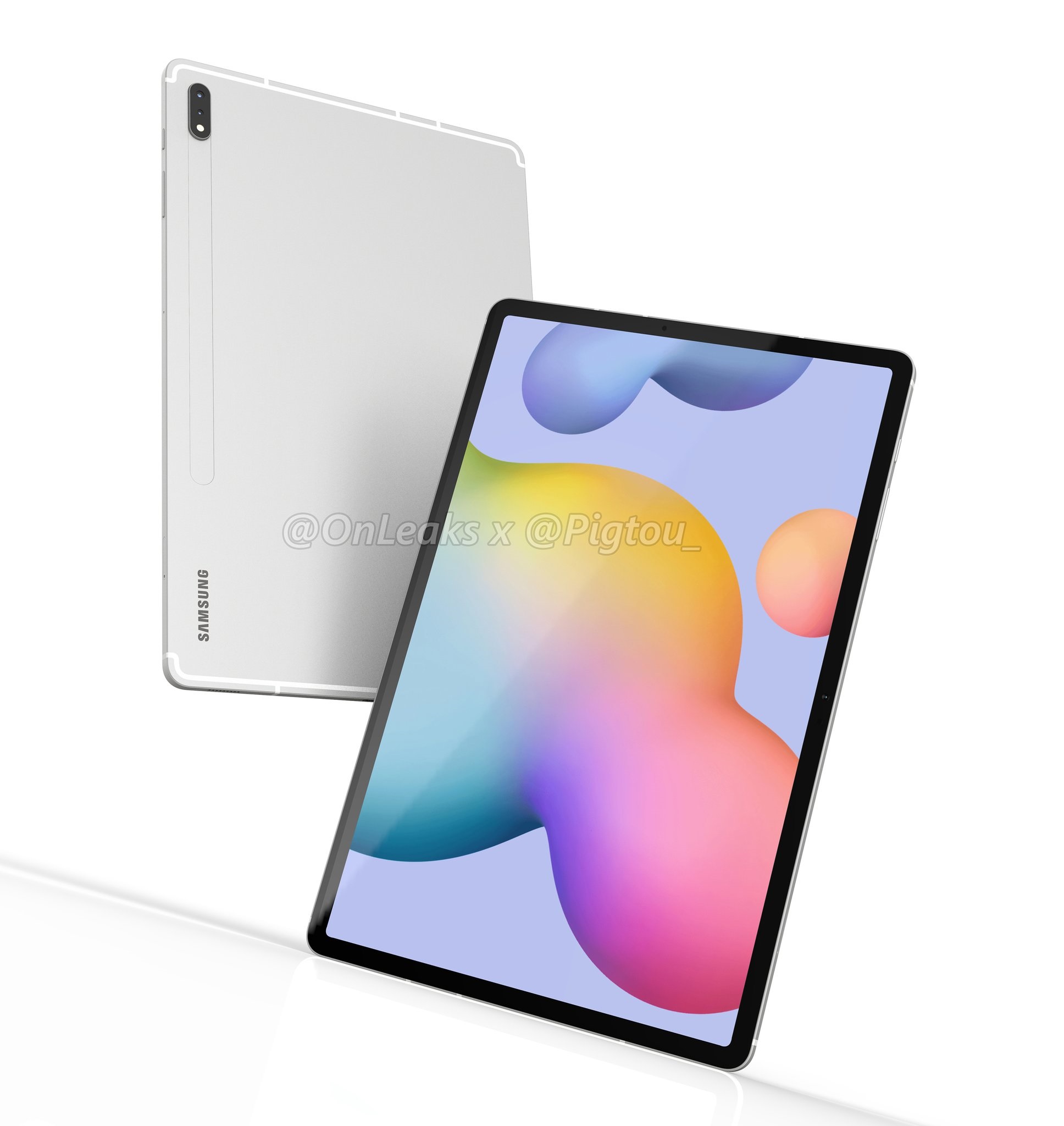 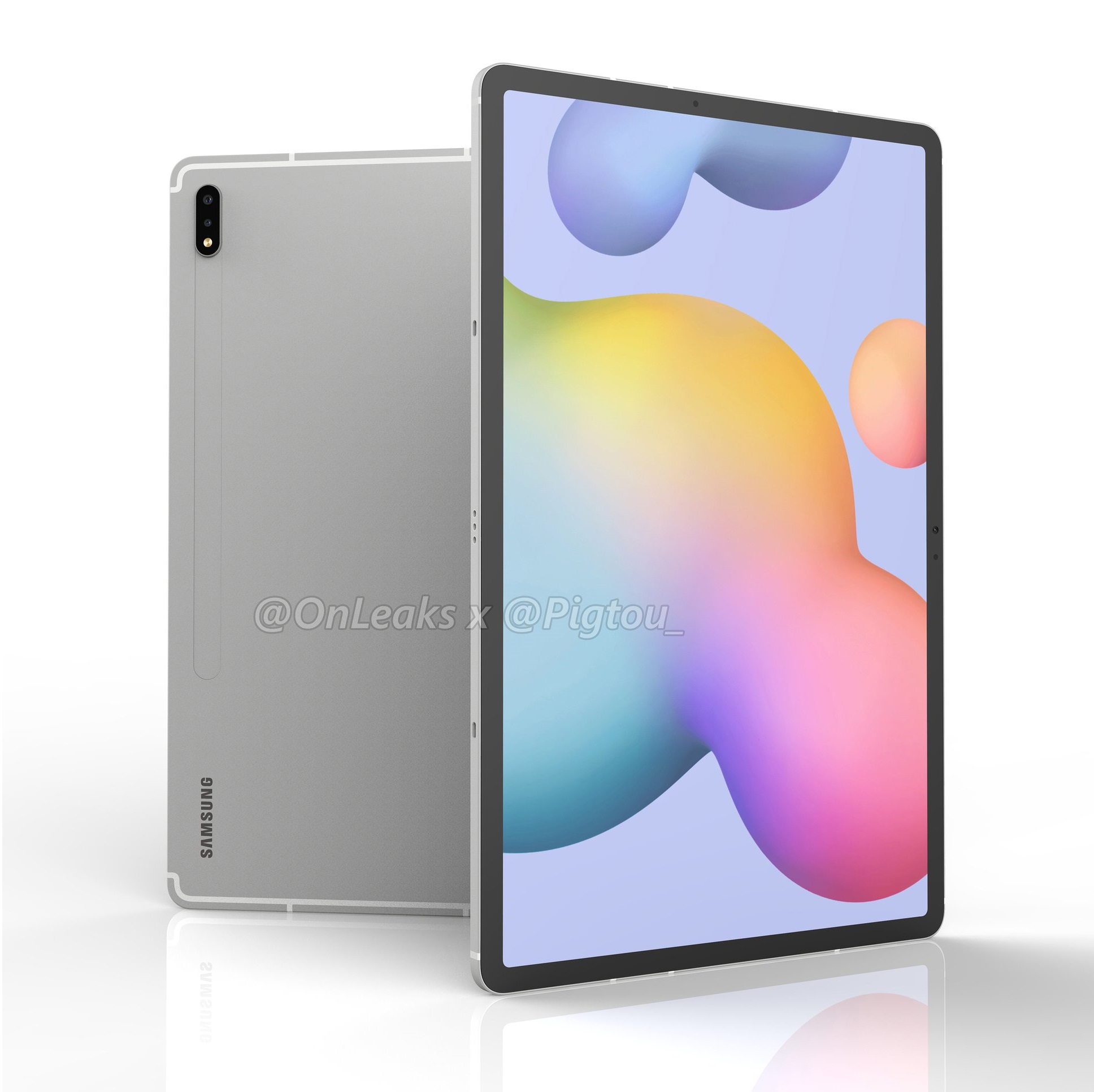 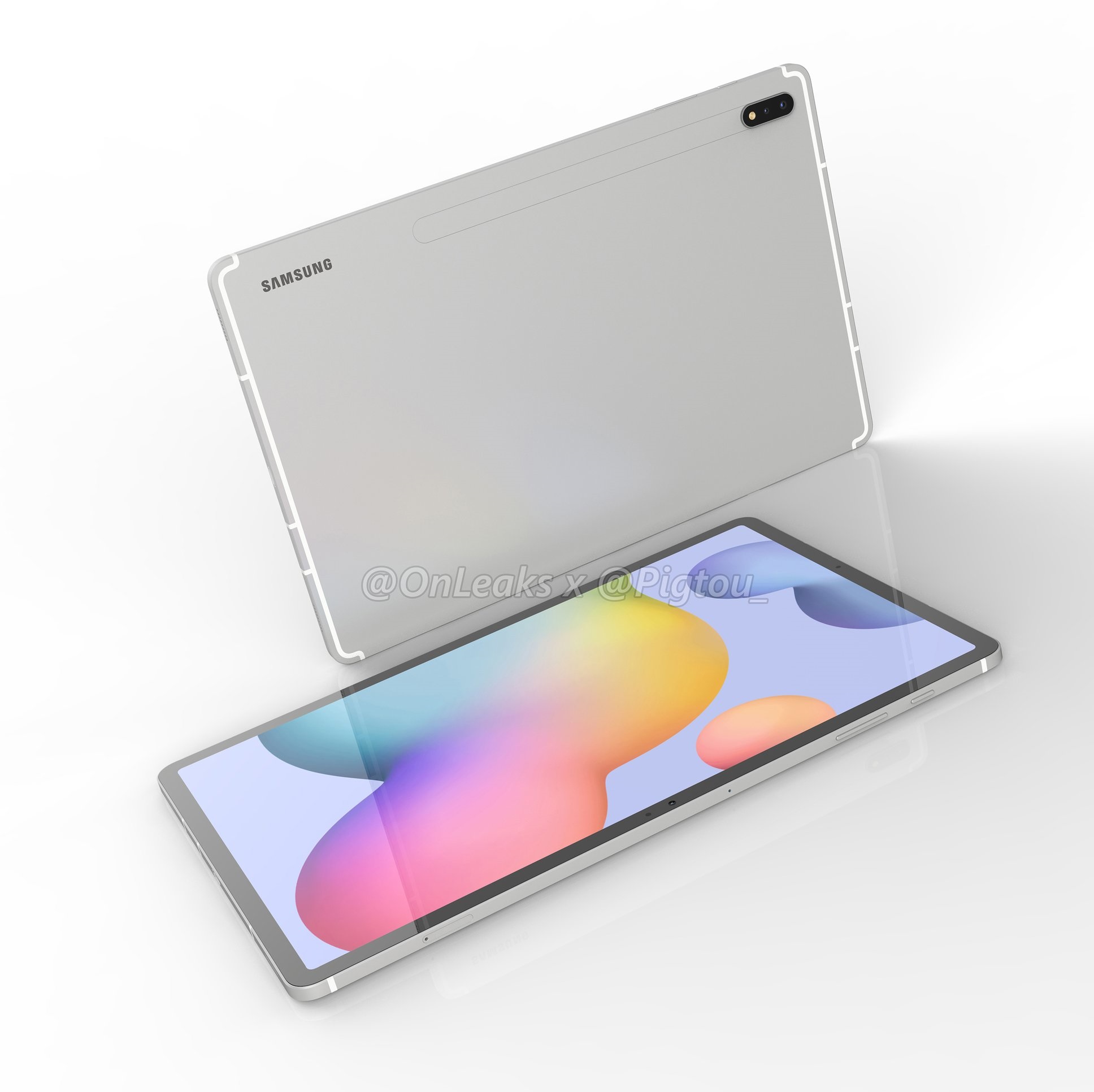