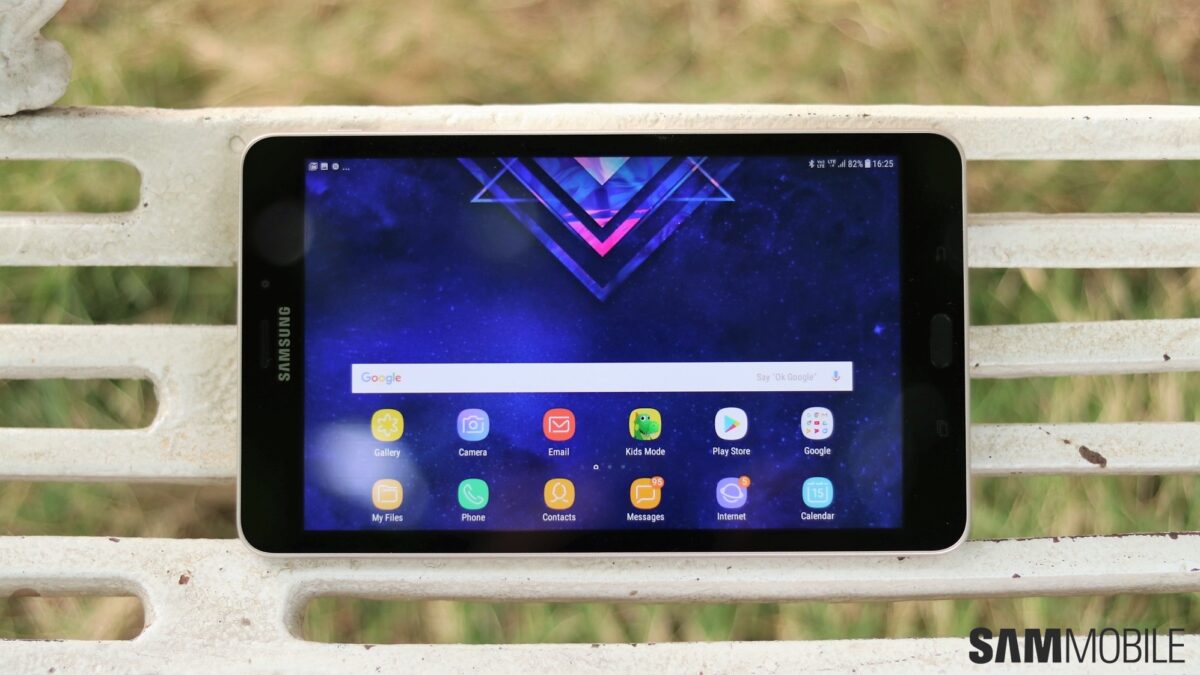 The way Samsung is rolling out new security patches to its devices is becoming more and more impressive with each passing month. The company has constantly been releasing security patches before details of a patch have been revealed by Google, and 2020 looks set to be no different. Quite a few Galaxy devices have already picked up the January 2020 security update, and another device is now joining the list.

The Tab A (2017)’s update comes with software version T38*DXU3CSL2. The update should technically have some changes and improvements other than the security patch based on the software version, but at this time it’s unclear what those changes actually are. As always, feel free to tell us in the comments if you’ve received the update on your device.

To check if the update is available for your Galaxy Tab A (2017), go into the tablet’s settings, navigate to Software update, then select Download and install. Alternatively, you can download the latest firmware from our firmware archive and install it on your tablet using a Windows computer.

Just a couple of days back, we came across what appeared to be the US-carrier specific 4G variants of the Galaxy Tab A (2017) on the Wi-Fi Alliance website. The Wi-Fi certification listings revealed SM-T387V, SM-T387T, SM-T387P, SM-T387AA, SM-T387VK, and SM-T387R4 model numbers, indicating a launch on all the major US carriers. At the time […]

From various leaks so far, we already know that Samsung is gearing up to launch the Galaxy Tab S4 and the Galaxy Tab A 10.1 (2018) very soon. While we don’t have the official confirmation, some reports say these tablets might make an appearance at the IFA 2018 in Berlin, scheduled from August 31 to […]

Samsung Galaxy Tab A (2017) review: As basic as basic gets

While Samsung continues to make a smartphone for every segment possible, the company has been following two extremes when it comes to tablets. On the top end of the spectrum, you have the Galaxy Tab S lineup, offering a big and beautiful AMOLED display and high-end hardware. At the other end is Samsung’s Galaxy Tab […]

The Android tablet market fell by the wayside a long time ago, but Samsung has continued to release new tablets. The Galaxy Tab S3 came out earlier this year with high-end internals and a Super AMOLED display, and recently, the Korean giant has launched the 2017 iteration of the Galaxy Tab A in a handful […]

Samsung has launched the Galaxy Tab A (2017), its latest budget tablet, in the Indian market today. Priced at Rs. 17,999 or $275, the Tab A will go on sale in the country starting today. It’s available from online and offline retailers. The Tab A comes a few months after the Galaxy Tab S3 was […]