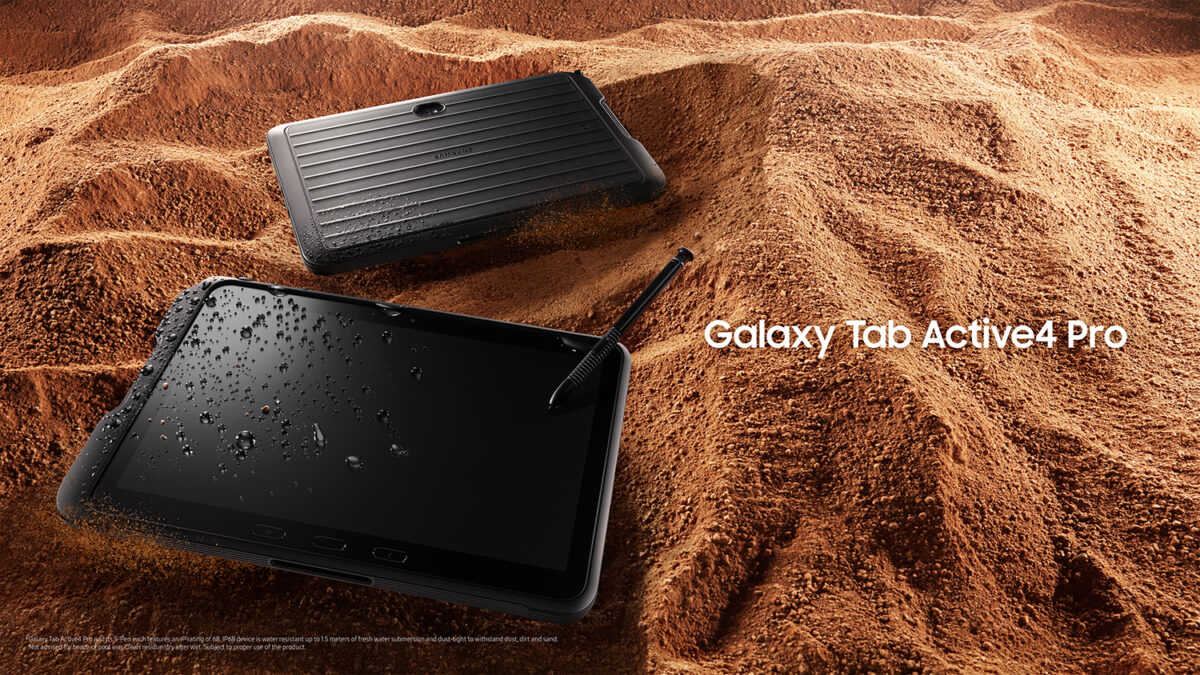 Samsung has announced the Galaxy Tab Active 4 Pro today without much fanfare. For the past few months, the tablet’s been through various approval processes, and Samsung is now readying the rugged tablet for a September debut.

The Galaxy Tab Active 4 Pro is equipped with a 10.1-inch TFT LCD screen with a resolution of 1920 x 1200. It’s powered by an unspecified Octa-Core processor, although early evidence hinted at the Snapdragon 778G SoC.

Samsung will offer the tablet in two memory configurations featuring 4GB of RAM and 64GB of storage or 6GB+128GB. Storage is expandable via microSD by up to 1TB.

A rugged tablet with a user-replaceable battery

Samsung’s new rugged tablet is powered by a 7,600mAh battery, which isn’t anything to write home about. But here’s the kicker: unlike other Galaxy tablets, the Tab Active 4 Pro has a user-removable battery (sold separately). This allows customers to swap batteries on the fly without having to waste any time recharging the device. It’s a fantastic feature, especially for enterprise customers who can’t afford any off-time caused by battery life shortages.

Other specs include a 13MP primary camera and an 8MP selfie sensor, 5G, LTE, Wi-Fi 6, NFC, Bluetooth 5.2 connectivity, a USB-C port, and Gorilla Glass 5 protection. Speaking of build quality, the tablet has an IP68 dust and water resistance rating and a MIL-STD-810H certificate, which means it passed standardized tests designed by the US Military.

The tablet ships with an Anti-Shock Protective Cover; it has Dolby Atmos support, two microphones, Samsung Knox, DeX, a fingerprint scanner, and customizable XCover and Top Keys. The cover has a dedicated S Pen holster, and the tablet + protective cover and S Pen weigh about 833 grams combined.

Samsung will start selling the Galaxy Tab Active 4 Pro in select European countries in September. The company will also release the tablet in Asia, Latin America, North America, and the Middle East at an unspecified date and price “later in 2022.”