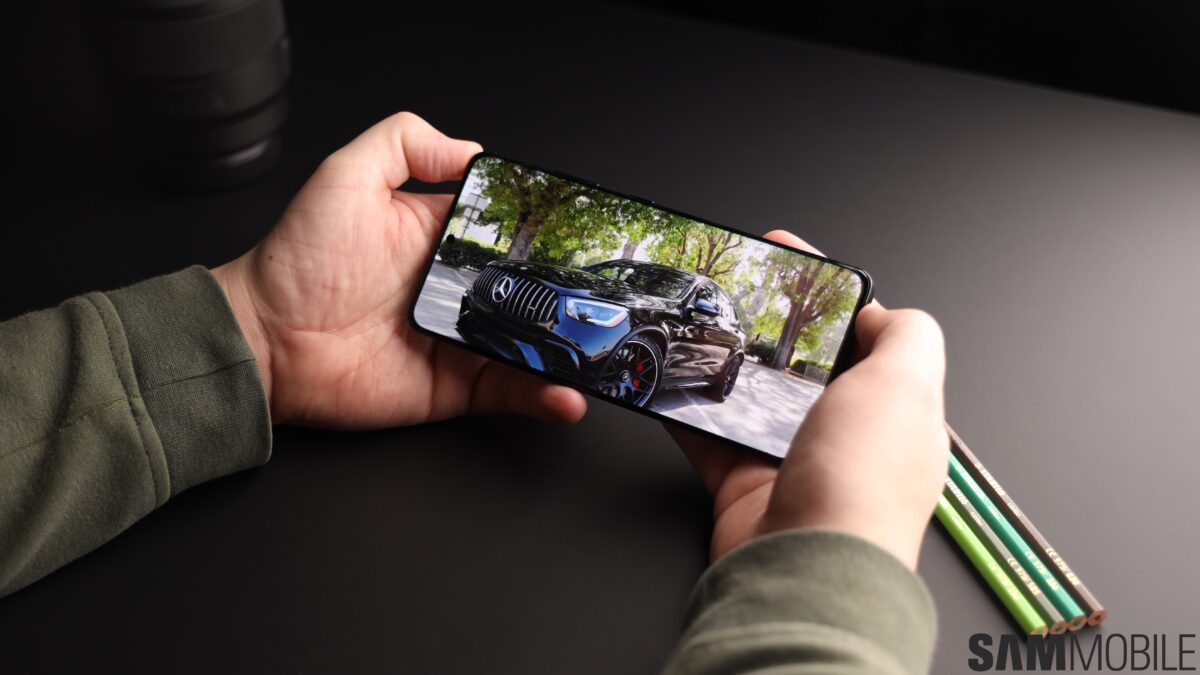 Apple’s newly-unveiled iPhone 13 Pro Max is, for all intents and purposes, the best iPhone money can buy. On paper, it isn’t nearly as impressive as the Galaxy S21 Ultra, which has an octa-core CPU and more RAM (and higher camera specs). But, does that spec sheet advantage spill over into the real world? YouTuber PhoneBuff put both phones through the paces and found that the iPhone 13 Pro Max reigned supreme despite a rocky start.

Both phones were placed side-by-side and tasked with running commonly-used applications such as Facebook, Microsoft Word, Starbucks, Spotify, and more. The Galaxy S21 Ultra had a solid lead at this point. However, things began to go downhill when it came to exporting a video, which is a very processor-intensive task.

While the Galaxy S21 Ultra had a solid 26% headstart over the iPhone 13 Pro Max initially, the objectively faster A15 Bionic blazed past the Exynos 2100 when the video was exported using FilmoraGo. Things went completely downhill from here on, with the iPhone 13 Pro Max maintaining a one-app lead consistently.

In the real world, the Galaxy S21 Ultra is still amazing

The A15 Bionic’s stellar single-core performance ensured that it could chew through any game the test could throw at it. That being said, the Galaxy S21 Ultra was not slow by any stretch of the imagination. The test also rubbished Apple’s claims of the A15 Bionic being ‘up to 50%’ faster than the competition. That may be true in benchmarks, but real-world usage doesn’t tax the processor as much as AnTuTu, Geekbench and GFXBench.

This test proves, once again, that packing copious amounts of RAM into your smartphone does little to bolster real-world performance. Apple’s blazing fast CPU, combined with tight-knit control over its ecosystem virtually guarantees its success against anything Samsung/Qualcomm/Google has to throw at it.

While the test methodology employed by PhoneBuff accurately represents how an average person would use their smartphone, these differences will not be very apparent during day-to-day use, unless you have both phones alongside each other. Both the Galaxy S21 Ultra and iPhone 13 Pro Max are excellent smartphones in their own right, and it all comes down to what you, the end-users, want from your device.