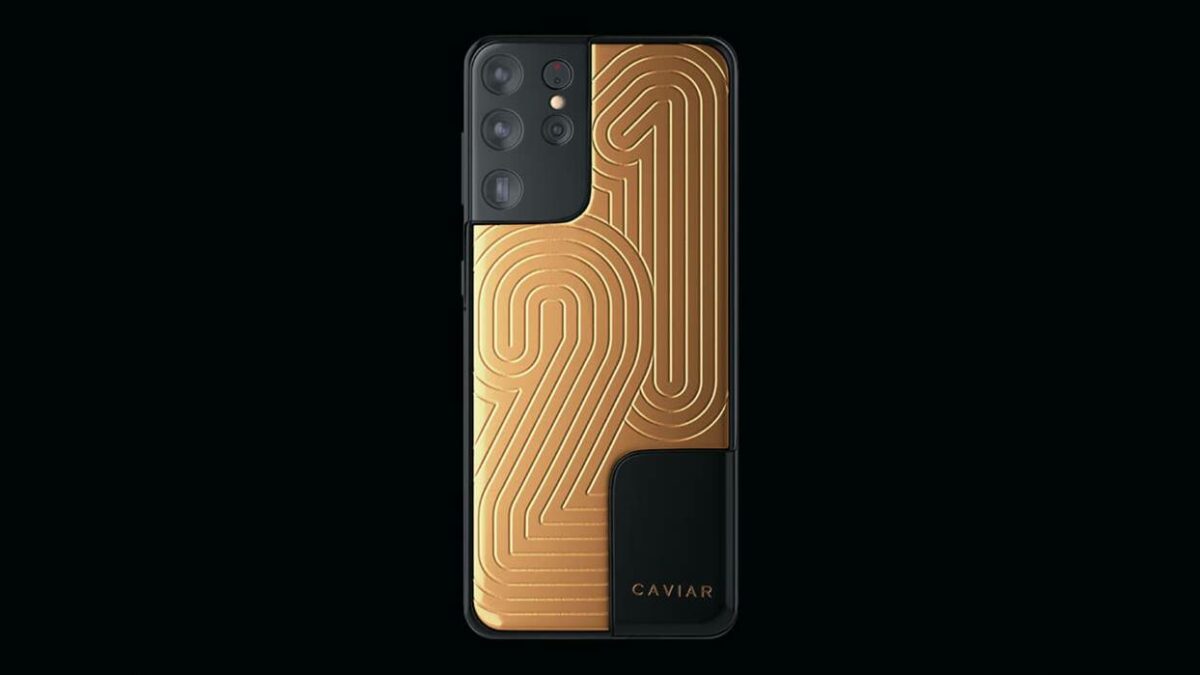 Russian experts at flaunting wealth, Caviar, recently announced not one, but half a dozen variants of the Galaxy S21-series devices, each more preposterously priced and extravagantly bejeweled than the next. But it’s not like Caviar had much of a choice if it wanted to surprise us in 2021. Don’t forget that it did beat Samsung to releasing the Galaxy S21 by, let’s see… 11 months.

Cue these monstrosities that you can see depicted in a couple of mediocre renders below. They’re already available for purchase, mind you, but every sold unit should be unique, given how customization is a big part of Caviar’s business model. Also known as the “why didn’t I think of that” strategy.

The custom-plated devices seen here range from around $5,500 and go all the way to $77,230, which is how much the “Golden 21” (Ultra) would cost you. Assuming you’re some nobility adamant on provoking the peasantry into another Russian revolution by the end of the year.

Apart from that model, the remainder of this tacky custom jewel job offer applies to not just the Galaxy S21 Ultra, but also the Galaxy S21 and Galaxy S21+.  Naturally, the one with the bull costs about as much as the first four combined – $20,830. Also, it’s not a bull, but a reference to the upcoming year of the ox that’s starting this Friday. Even Caviar might need some of that fabled oxen-adjacent prosperity if this series doesn’t hit the ground running.