If you thought $5,210 for the Caviar Galaxy Z Flip was too high-of-a-price for what is essentially a standard Z Flip wrapped in gold then you might want to strap yourselves in. The Russian luxury brand has now announced a special edition Galaxy S20 Ultra, called the Galaxy S21, which is even more ostentatious than the foldable device. It has a starting price of 344,000 rubles ($5,049) but can cost as much as 2,690,000 rubles or the rough equivalent of $39,544.

Despite the moniker, the so-called Galaxy S21 is simply a Galaxy S20 Ultra adorned with materials including gold, onyx, rubies, sapphires, etc. Caviar seemingly targets gambling enthusiasts with its latest creation and describes these expensive products as lucky charms…

As a result, the company created four variants of the same device, one for each playing card suit, as well as a fifth variant whose back panel resembles a Joker card. No, not the DC Comics Joker that was stamped on the back of the Galaxy Z Flip, but an actual Joker card from a regular set of playing cards. 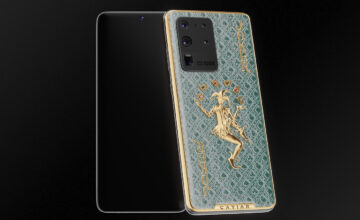 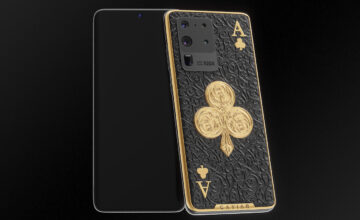 As usual, Caviar is releasing its Galaxy S21 in limited quantities. Only 21 copies of each model will be created, and as if to further hammer home the fact that this series was created for gambling enthusiasts, the number 21 is not coincidental.

It wasn’t chosen because the Galaxy S21 is oh so much better than the Galaxy S20 Ultra that it requires a sequel’s name. Instead, Caviar confirmed that ’21’ was picked simply because it represents the best combination of cards you can achieve in BlackJack.

This doesn’t explain why a Joker card would be required in a deck of BlackJack (it isn’t) and why there’s no 10-value card (like a King or Queen) to go along with the four Aces.

In other words, the design backstory of the Galaxy S21 makes as much sense as paying nearly $40,000 for a smartphone wrapped in gold. And I suspect that people who would be willing to buy the Galaxy S21 won’t care even a bit about these inconsistencies. I know I don’t, at the end of the day, but then again, I’m not the target audience.