The Galaxy S20 Ultra boasts a new main camera setup, and Samsung didn’t shy away from showing it off in its latest flagship design iteration. The company even shot its Unpacked event using Galaxy S20 models, but as impressive as the Galaxy S20 Ultra’s camera is on paper, it’s not without faults. Its shortcomings have been recently highlighted by DxOMark, with the benchmark website ultimately giving the device a score of 122 points.

This score secured 7th place for the Galaxy S20 Ultra in DxOMark’s ranking. The flagship was surpassed by six other models, all of which come from Chinese OEMs including Huawei, Honor, Oppo, and Xiaomi.

This seems to be the Galaxy S20 Ultra’s theme, i.e, great potential but lackluster execution. At least as far as the cameras go. While DxOMark praised the Ultra’s camera system for delivering consistently good exposure, color, and detail, with impressive ultra-wide and bokeh effects in Portrait mode, Samsung’s beastly (and costly) top-tier flagship disappointed with slow autofocus in low light (althouogh we’re unsure if the review was done pre or post the autofocus-fixing software updates), issues with close-range zoom, and night shots that leave something to be desired.

As for video recording, the Galaxy S20 Ultra was praised for very low noise in most conditions, great colors outdoors, accurate target exposure, and good stabilization. On the other hand, it suffers from visible motion effects while shooting videos indoors, low detail in low light, and limited dynamic range in high-contrast conditions.

Ultimately, the Galaxy S20 Ultra scored 132 points in photography and 102 points in video recording, leading to a final score of 122. You can check DxOMark’s detailed Galaxy S20 Ultra camera review along with tons of sample photos and videos by hitting the link. You can also check our review which covers other characteristics besides the camera. 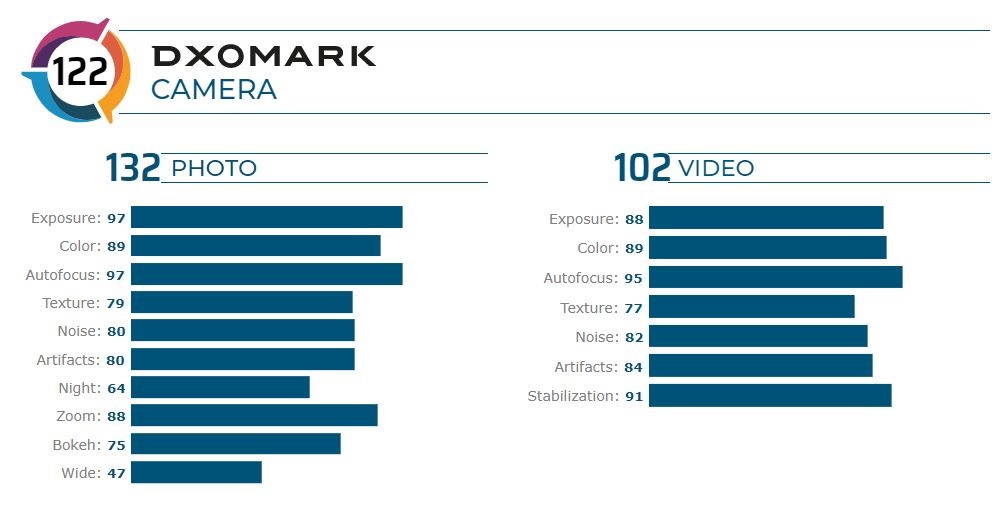