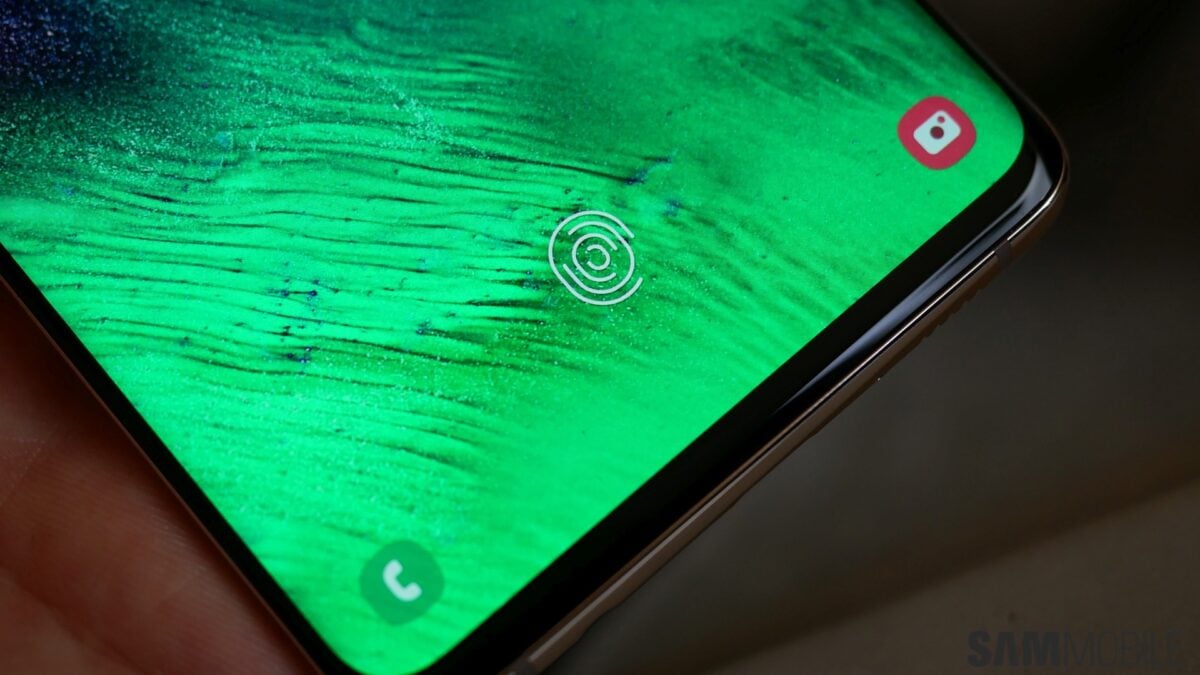 With the most recent software update, the Galaxy Note 10 and Galaxy S10 let users check the version of the biometrics security patch on the device. This is a move Samsung made after the recent drama around the S10 and Note 10’s in-display fingerprint reader’s susceptibility to being fooled by textured gel covers that cover the display. The Biometrics and security section in the device settings now has a new option called Biometrics security patch that, when tapped, reveals the current version of the patch. 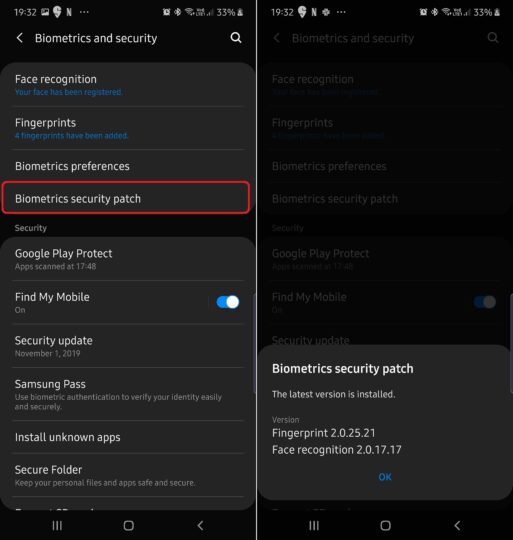 The latest biometrics security patch version for fingerprints is 2.0.25.21, and your Note 10 or S10 needs to be on at least version 2.0.24.20 to be safe from the issue that allows anyone access to your device if you register your fingerprint with a textured silicone/gel case installed on the screen (here’s how to check if your phone is safe). If your device hasn’t received the biometrics security update or the November update that Samsung released earlier this week, you should delete all fingerprints and use an alternative biometrics option until your device is updated.