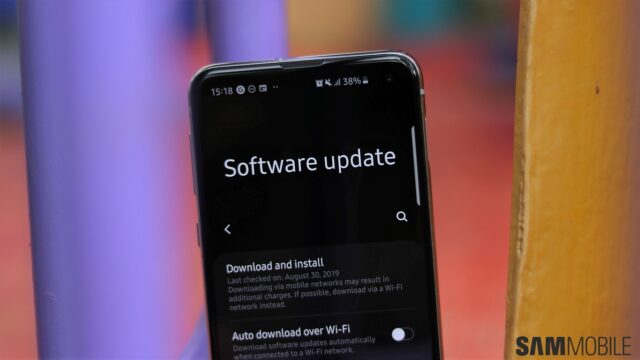 Samsung is now rolling out the November security update for the Galaxy S10 in Switzerland. It’s not often that we see a flagship Galaxy smartphone get the next month’s security patch in the previous month, but what’s more surprising this time around is that Samsung only just released a second October security update in Switzerland earlier this week. We wonder why the company didn’t just bundle the November patch with that update; it probably has to do with the fact that the previous update released this week focused on adding new features to the Galaxy S10 series.

Those features include the ability to record slow motion selfie videos, a Auto Hotspot feature that automatically shares your internet connection with other Galaxy devices signed into your Samsung account, and easier control of and access to all external devices (like Bluetooth speakers) connected to a phone via Media and Devices buttons in the notification shade. It’s unclear if the November update has anything new to offer other than enhanced security; it’s possible the earlier update had some bugs that are addressed in today’s update, although we have not heard or seen anything on that front.

The new update comes with software version G97*FXXU3ASJG (the previous one was G97*FXXU3ASJD) and is available only in Switzerland at this time. It remains to be seen if Samsung will similarly release both updates in succession or if it will directly skip to the November update in other markets, but we will let you know as we find out more. If you’re in Switzerland and own a Galaxy S10e, S10, or S10+, you can download the update over the air from the Settings » Software update menu on your phone or upgrade by downloading the latest firmware from our database.