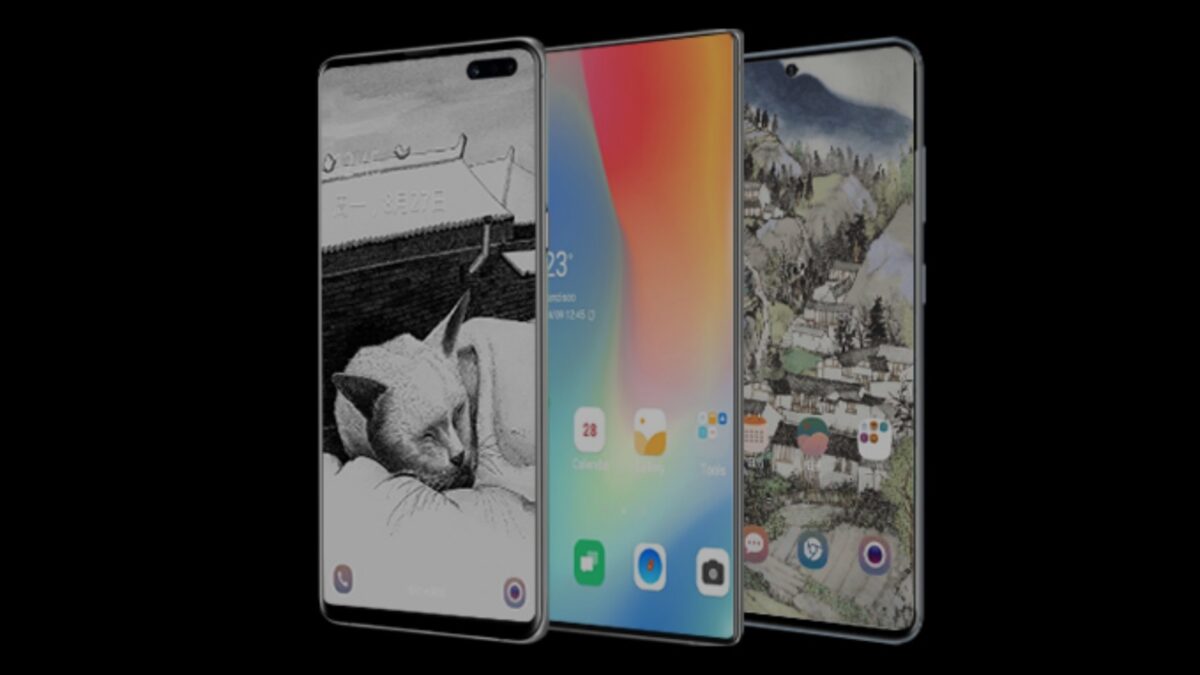 Samsung may have given us a sneak peek at the Galaxy Note 20 through a Galaxy Store teaser image. Spotted by one of our readers in the Samsung Rewards section, the featured image for the ‘$1 Spot Themes’ category showcases three Galaxy smartphones (as seen above). They include an unreleased model – presumably the Galaxy Note 20 – sandwiched between the Galaxy S10+ and the Galaxy S20. This mysterious device looks quite a bit like the Galaxy Note 10, except it’s missing the Infinity-O display design with a centered selfie punch-hole.

To be fair, the device looks like a mockup and the design isn’t corroborated by recent leaks, which may or may not be accurate after all. But one obvious discrepancy lies in the physical buttons not being located on the right edge of the phone. Samsung is rumored to make this change with the Galaxy Note 20. Then again, nothing is set in stone just yet, so the placement of the physical keys could go either way.

Galaxy Note 20 to have a corner punch-hole or under-display camera?

There’s also the apparent lack of a punch-hole in the display, though it may simply be located in the upper-left corner that remains hidden behind the Galaxy S10+. The question is, would Samsung want to adopt this design change? The Galaxy Note 10 and S20 lineups have centered punch-holes for their Infinity-O screens, and it seems rather unlikely for Samsung to backtrack on this decision and borrow the Galaxy S10 formula for the upcoming S Pen flagship.

Another explanation could be that the Galaxy Note 20, as seen in this teaser/mockup image, has an under-display selfie camera, making the punch-hole unnecessary. Then again, the recent, massive Galaxy Fold 2 leak indicates the technology is not yet ready for the market. For the time being, the Galaxy Note 20’s display seems more likely to follow a traditional Infinity-O design.

At the least, you could say this apparent mockup image is an ‘official’ sneak peek at how under-display camera technology would translate on a future Galaxy flagship device. But whether or not this is the actual Galaxy Note 20 remains in question. Assuming that it is, the device looks very slick – perhaps too slick for it to be real. It seems to have a flatter screen in line with the Galaxy S20 series and even thinner bezels. As for the physical buttons, perhaps they will remain on the left edge of the phone after all, due to S Pen-related reasons. We’ll have to wait and see how close this teaser image is to the real Galaxy Note 20 once the phone gets unveiled in August.

Thanks for the tip, Giuseppe!