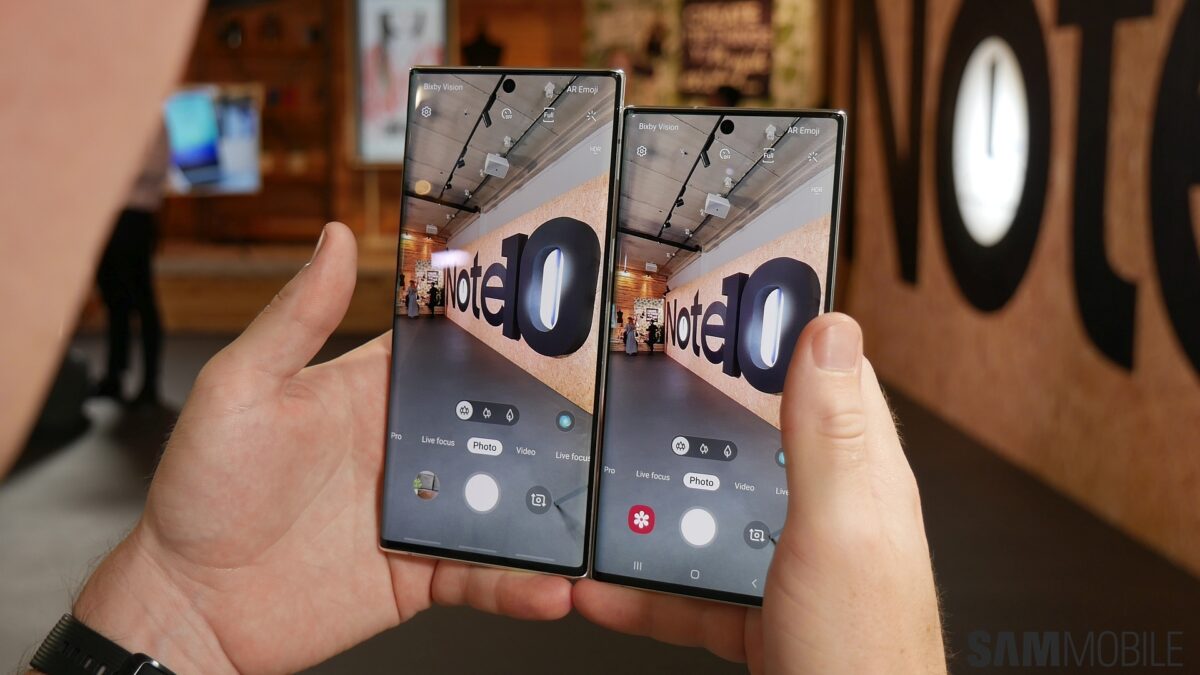 Samsung fans are counting down the days till August 5 when the company will finally unveil the Galaxy Note 20 and Galaxy Note 20 Ultra. It’s obviously not going to reveal anything about the new devices until then but there has been a steady stream of leaks over the past few weeks.

More information has now surfaced online, particularly about the new Galaxy Note 20 camera features. Some will be entirely new while several exiting features will be further improved with the upcoming flagship.

The information comes courtesy of @MaxWinebach, who found that Pro Video mode will now allow you to select which microphone you want to use – front, back, both front and back, a Bluetooth or USB mic. This will provide a lot of flexibility to those who stream or vlog with their smartphone. It will also be possible to adjust video resolution in this mode.

Histogram and focal length tools are going to be present as well, allowing for more precise composition when capturing content with the device’s camera. Single Take, the AI-powered feature first introduced with the Galaxy S20, will be improved. It only takes clips of up to 5 seconds currently, users will be allowed to set a duration between 5 – 15 seconds.

Samsung will also allow video recording in 21:9 aspect ratio in up to 8K resolution. This will enable a more cinematic output which will definitely be appreciated by those who would use ultrawide monitors to view that content. A 50x zoom increment will be added on phones that support up to 100x Space Zoom. It currently jumps from 30x to 100x on the Galaxy S20 Ultra.

These features and improvements will go a long way in enabling the Galaxy Note 20 and Galaxy Note 20 to offer a well-rounded camera experience. There may be additional functionality as well that Samsung will reveal at its virtual event for the device. The event takes place on August 5, so it won’t be long now before all of that becomes public.