No, the Galaxy Note 10 does not have an IR blaster

A lot has changed since the time we used to get IR blasters in smartphones. There are smarter technologies available now to control consumer electronics like TVs which don’t suffer from range or line-of-sight limitations. An IR blaster would make no sense on a modern smartphone as it would be useless for file transfer as well.

Does the Galaxy Note 10 have an IR blaster?

No, the Galaxy Note 10 does not have an IR blaster. Neither does the Galaxy Note 10+ for that matter. Some early renders of the flagship had given people this false hope. The device does have a small hole on the top right next to the SIM slot. It’s not present on other Samsung devices and its shape reminded people of an IR blaster. Thus the rumor was born and people started hoping that it would come true even though an IR blaster would serve little purpose in this day and age. 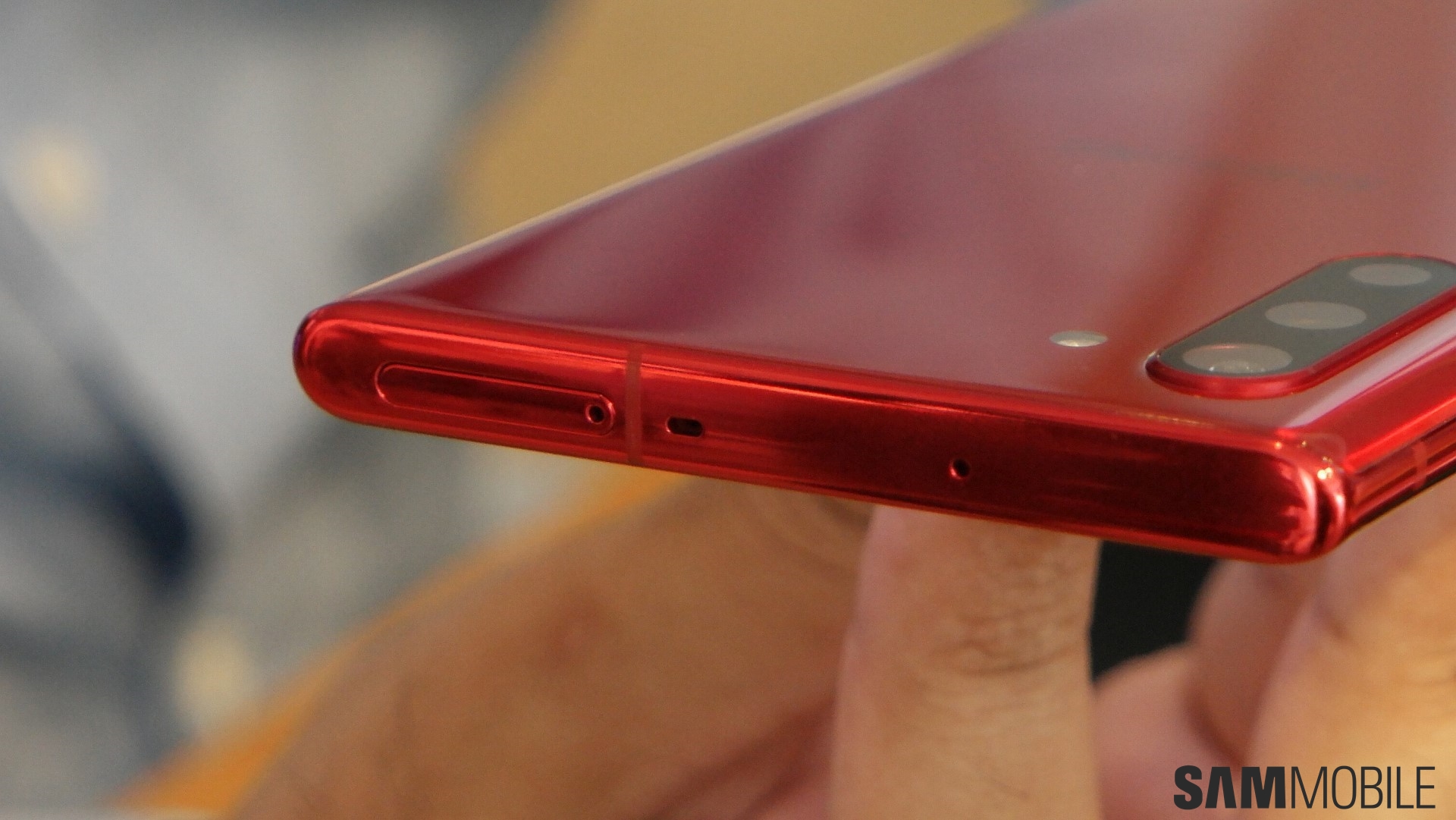 We recently explained in detail exactly what this hole does. It’s not a dedicated speaker and certainly not an IR blaster. It’s simply a hole that allows sound from the earpiece to escape the device. The bezels are so slim that the earpiece grille had to be significantly trimmed. Samsung simply provided another way for the sound to escape the device to retain the same stereo output as its other recent flagships.

One has to wonder why people got so excited about an obsolete technology (IR is still useful in many other industries) for a mobile device. We’re living in an age where everything has to be “smart.” From door locks to doorbells, airconditioners to washing machines to even rice cookers. Everything is connected and can be controlled using voice commands.

Short of the novelty, or juvenility, of sneakily flipping channels on the TV in the doctor’s waiting room, for example, there’s really no use for an IR blaster on a modern smartphone.

An IR blaster I have found to be very useful sometimes. For example being in an airport in Greece where there was some music blasting from a TV set right near me and it was driving me nuts, I just turned the volume down. I have also changed stations in places like a dentist waiting room where there was some infomercial channel and I changed it to the news.

I would have been surprised and disappointed to find an ir blaster on my Note10 plus.

I also read about XDA that there was another hole to decrease the sound vibrations, you can see it on the right side of the camera, very small and discreet. “As I mentioned previously, the third microphone isn’t at the top of the device. Instead, it’s next to the camera. It’s not in a hole, instead, it is in a very, very small slit on the side of the aluminum railing for the camera. This was pointed out to me by a Samsung representative at the Unpacked demo area. It’s almost impossible to see on the black version, but with… Read more »

How is it obsolete technology when like 90% of the tvs or there still use it? It can’t be a speaker hole. The first thing I did with my 10+ was play some music and try converting that spot with my finger. No audio change.

Try covering both that hole and the earpiece, which is incredibly tough. Much of the audio is still coming from the earpiece.

Also, it’s less about IR being outdated than about companies wanting to push consumers towards newer tech, like voice control and smart home, stuff Google, Samsung, Apple and other such big companies all focus on. It’s unfortunate Samsung stopped adding it back with the Galaxy S6 all those years ago, but it’s too late now for them to add it again, and the Note 10’s hole just ended up getting the rumors started again.

I used ir to broke tv in restaurant.

Oh, now i know who broke the TV the other day.

That’s something a child or an idiot would do. As you’re not a child, you’re obviously the latter. Smh

but then I repaired it

Thank you for FINALLY say this out loud !

It’s ridiculous that this article even needed to be written! It’s such an obsolete feature. I’m thankful you’ve written it though, hopefully those people who constantly ask for it will now have a definitive answer going forward.