The Galaxy Note 10+ 5G carrying the model number SM-N976N appears to have been tested with the online benchmarking tool Geekbench. The phone is equipped with 12GB of RAM and the Exynos 9825 chipset, meaning it’s the international variant.

Unsurprisingly, the Galaxy Note 10+ 5G runs Android Pie, but it will most likely be on track for an early update to Android Q after Google releases it later this year. We’ve exclusively revealed a couple of weeks ago that Android Q will mark the release of a major One UI update, bumping the proprietary software to version 2.0. 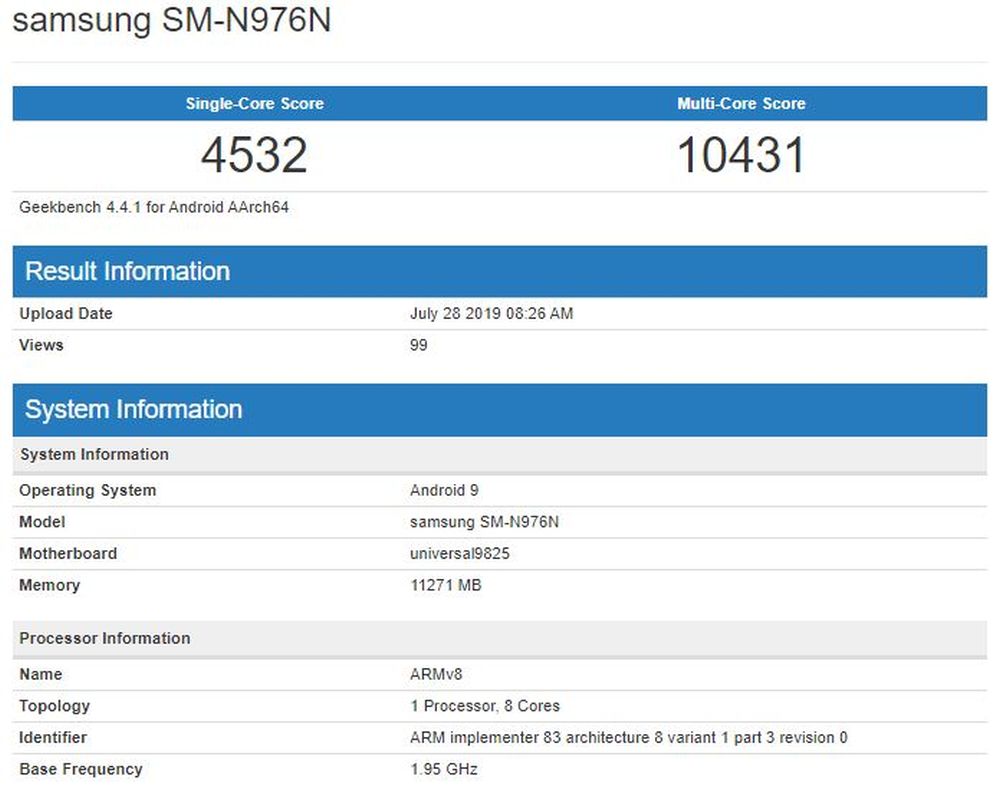 In Geekbench, the Galaxy Note 10+ 5G powered by the upcoming Exynos 9825 silicon scores around 4,500 points and 10,400 points in the single-core and multi-core tests, respectively. The results are relatively on par with the Galaxy S10+, but it does seem like the Exynos 9825 might handle single-core tasks more proficiently than the Qualcomm-powered S10+. Keep in mind that these are preliminary tests. Results are subject to change as Samsung could optimize the device further.

The series will also include the standard Galaxy Note 10 which was tested in Geekbench a couple of weeks ago, yielding a similar score. It will share the chipset configuration with the Note 10+ but will feature 8GB of RAM. Samsung’s next Note series will be unveiled on August 7 in New York City and recent reports suggest the phone is likely to become available for pre-order on the same date.