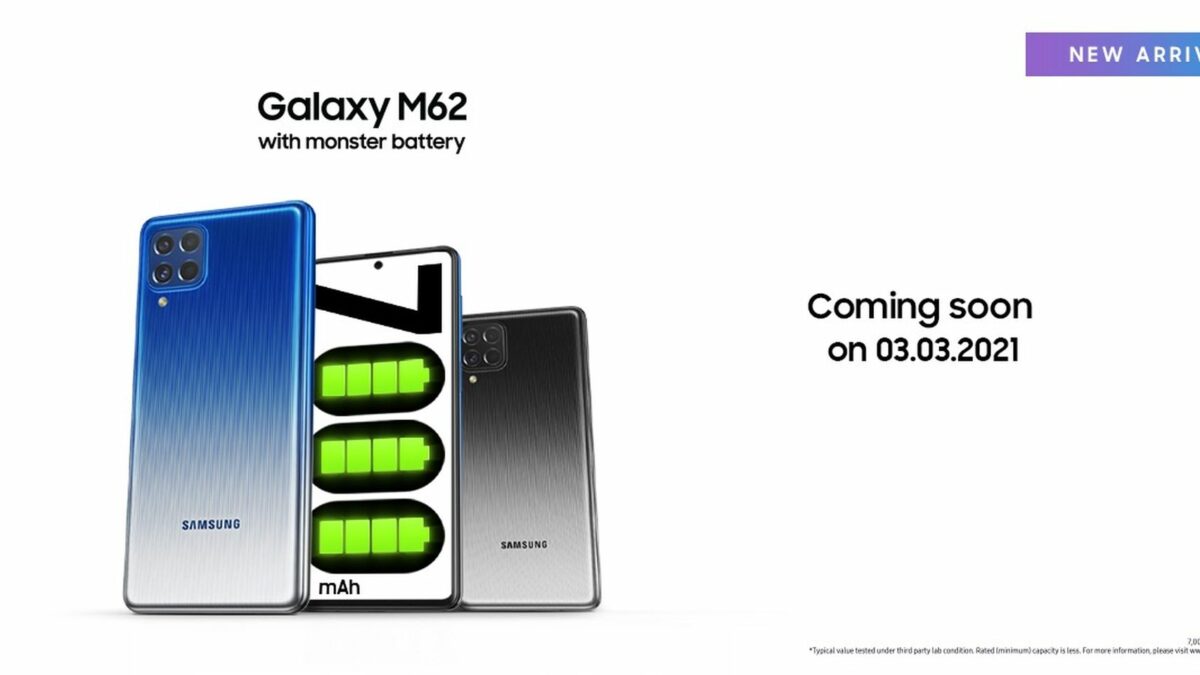 Samsung’s been releasing new smartphones left and right lately, so hopefully you’re ready for yet another addition to the company’s mobile portfolio, as the Galaxy M62 is about to go live. It’s a mid-range phone, and in case you haven’t put two and two together yet, it should hit the shelves as a rebranded Galaxy F62 destined for release outside of India.

Mind you, Samsung has yet to officially unveiled the Galaxy M62 specifications but today it published a ton of official renders ahead of the phone’s imminent release. Meanwhile, the company also confirmed via Facebook that the Galaxy M62 will be coming to Malaysia soon.

The Galaxy F62 is equipped with a flagship-grade Exynos 9825 chipset paired with 6GB / 8GB of RAM, and the Galaxy M62 should offer the same hardware configuration. The official renders confirm the same color range including Laser Blue, Laser Gray, and Laser Green, so hopefully the phone will also ship with the full-fledged version of One UI 3.1 just like the Galaxy F62 does.