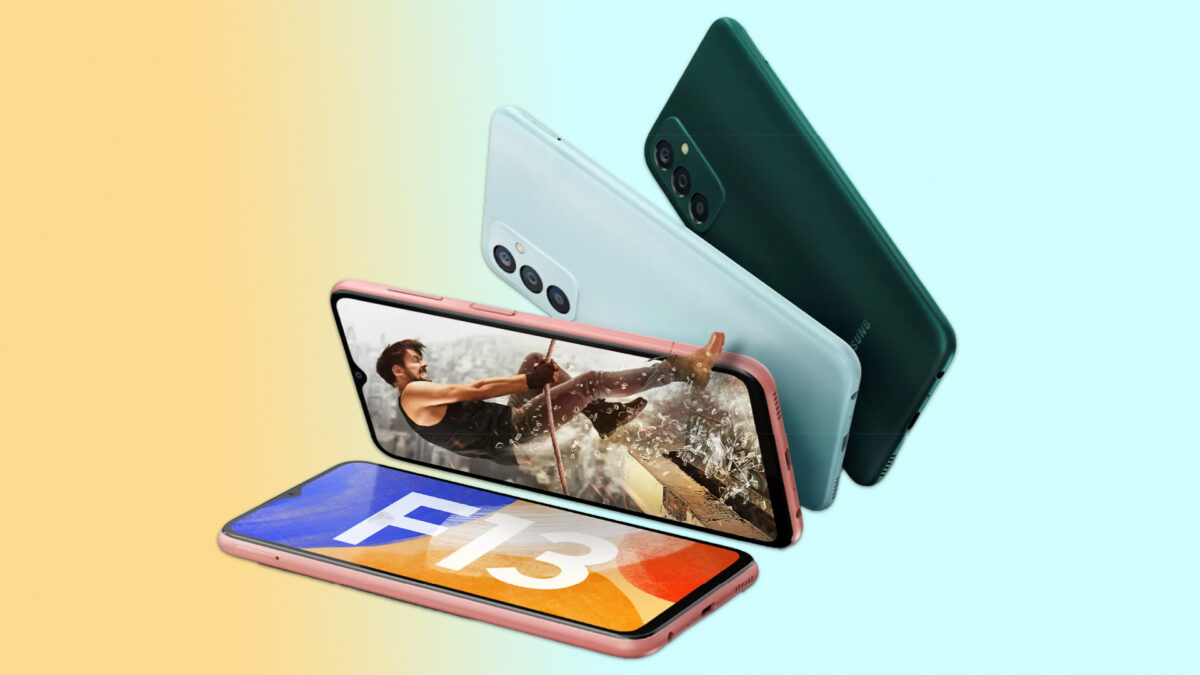 Yesterday, Samsung started teasing the Galaxy F13 in India. The upcoming affordable smartphone’s design was teased on Flipkart’s app. Today, the complete design of the phone has been revealed, along with some of its important specifications.

The Galaxy F13 looks identical to the Galaxy M13 that was launched a few days ago. Both phones have the Infinity-V display that spans 6.6 inches diagonally and has Full HD+ resolution. The phone could even feature a 90Hz refresh rate. It has a triple-camera setup on the rear, a side-mounted fingerprint reader, and a USB Type-C port at the bottom.

The smartphone comes in Blue, Green, and Pink colors.

Compared to the Galaxy M13, the Galaxy F13 has a bigger battery: 6,000mAh. It is compatible with just 15W fast charging, though. It’s time Samsung improved the charging speeds on its entry-level and lower mid-range smartphones in the Galaxy F, Galaxy M, and Galaxy A series.

The Galaxy F13 also features Auto Data Switching, which switches to another SIM for data needs when one SIM is used for voice calls. The phone seems to have 4GB RAM and up to 4GB of RAM Plus (virtual RAM). It will likely launch with Android 12-based One UI 4.1 on board.

Since the device seems like a variant of the Galaxy M13, we can expect it to feature the Exynos 850 chipset, 64GB/128GB storage, 50MP primary camera, 5MP ultrawide camera, 2MP depth sensor, and an 8MP front-facing camera. GPS, LTE, Wi-Fi 5, Bluetooth 5.0, and a 3.5mm headphone jack could also be a part of the package.