The Galaxy Chromebook will be the first laptop running Chrome OS to get the new Ambient EQ feature. Samsung’s first Galaxy-branded Chromebook, which was announced two months ago, will also receive the ability to play Netflix videos in the PIP (Picture-in-Picture) mode with the latest version software.

Google took to its official blog earlier today to announce that Chromebooks will receive the Ambient EQ and Netflix PiP features. Unlike the picture-in-picture mode for Netflix, which will be available for almost all Chromebooks running the latest version of Chrome OS, the Ambient EQ feature will only be available on the Galaxy Chromebook for the time being. It will appear on more Chromebooks in the future that come with an ambient color temperature sensor.

The Ambient EQ feature, which is already available on the Pixel 4, Pixel 4 XL, and the Nest Hub, adjusts the white balance and color temperature of the screen based on ambient lighting conditions so that the content looks natural. The Netflix PiP feature is available right now and requires users to install the Android app from the Play Store on their Chromebooks. You will be able to use both these features on the Galaxy Chromebook when it goes on sale in the US next month.

The Galaxy Chromebook is one of the most premium Chrome OS laptops ever. It is a 2-in-1 convertible laptop featuring a 13.3-inch 4K Super AMOLED touchscreen and an S Pen. It is equipped with Intel’s 10th Gen. Core i5 (10210U) processor, 8GB/16GB RAM, 256GB/512GB/1TB PCIe NVMe SSD, and a microSD/UFS combo card slot for storage expansion.

The laptop weighs a little over 1kg and comes powered by a 49.2Wh battery that can last up to 9 hours on a single charge. Other features of the Galaxy Chromebook include Wi-Fi 6, two USB Type-C ports, 2W stereo speakers, a 3.5mm headphone jack, 1MP front-facing camera, 8MP rear-facing camera (in the flip mode), backlit keyboard, and a fingerprint reader. 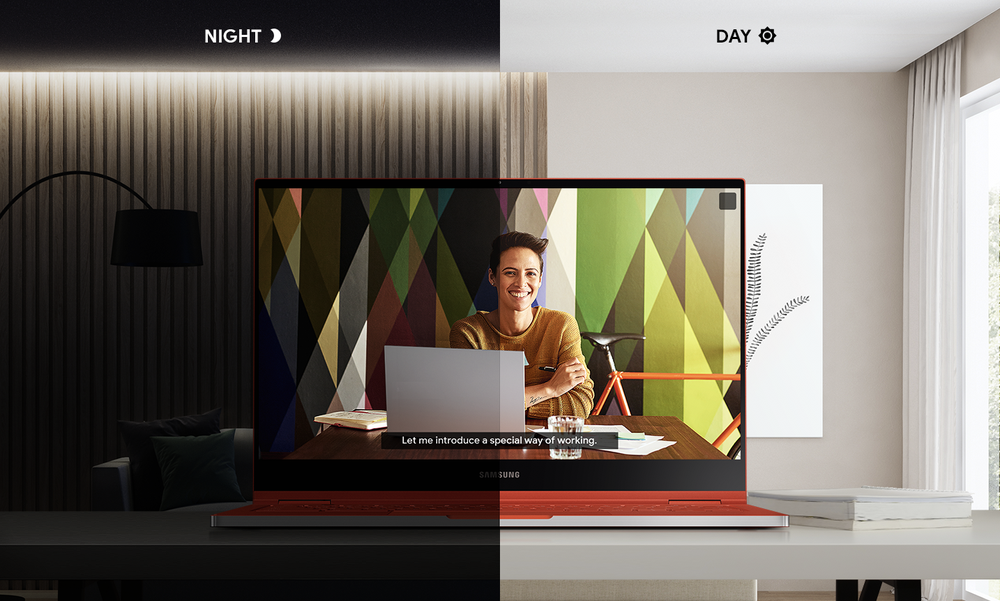