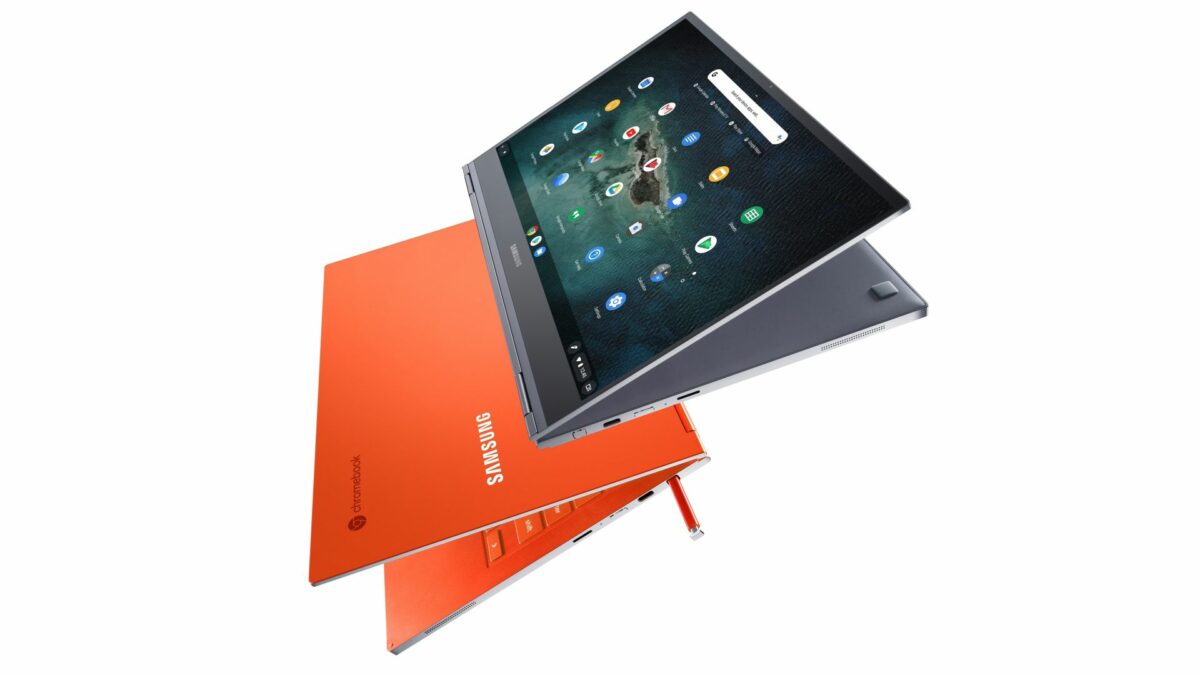 The Galaxy Chromebook is launching on schedule, and it’s officially available for purchase in the USA from Samsung and Best Buy starting today. Available in Fiesta Red and Mercury Gray with 256GB of built-in storage, the Galaxy Chromebook will set you back $999, and it should ship to you by April 15.

As we’ve detailed a couple of months back, the Galaxy Chromebook is rather unique, in that it’s Samsung’s first device in this category to wear the Galaxy brand. It’s also the world’s first Chromebook to be equipped with a vibrant AMOLED display.

Despite the 2-in-1 form factor that allows the Galaxy Chromebook to double as a tablet, the device is very thin at 0.39-inch (1cm) and weighs only 2.29lb (1.03Kg). The 4K UHD AMOLED display has a 13.3-inch diagonal with very thin side and top bezels, and it’s powered by a 47.9Wh battery rated for up to 8.4 hours of usage on a single charge.

The Galaxy Chromebook comes with a built-in S Pen, it has a decent-sized trackpad, and it carries a 1MP camera on the screen’s top bezel. It also has a secondary an 8MP camera right above the keyboard, but it’s not going to be of much use unless you’re taking photos in tablet mode.

Samsung’s latest addition to its lineup seems to tick a lot of boxes as far as what a Chromebook should offer, albeit it is a bit expensive for this category of laptops. But it does have an S Pen, beautiful aesthetics with a thin profile, and a 4K UHD AMOLED display – something that you won’t get from any of its rivals. For a more budget-oriented option with an S Pen, Samsung continues to offer the Chromebook Plus in the USA through its website for $499.

You can order the Galaxy Chromebook in the USA directly from Samsung, or at Best Buy.