A new report from XDA Developers claims that the variant of the Galaxy A71 5G that is going to be launched on Verizon’s network could use the Snapdragon 765 processor. This Qualcomm chipset supports both mmWave and sub-6GHz versions of 5G connectivity. It explains how Samsung planned to add mmWave 5G connectivity to the Galaxy A71 5G so that it could work with Verizon’s 5G network.

A database that lists all devices that support Verizon’s online services includes the Galaxy A71 5G with the codename ‘samsung_a71xq.’ The ‘x’ in the phone’s codename means it features 5G connectivity, while ‘q’ reportedly means that it has a Qualcomm chipset. Moreover, the Snapdragon 765 (or the Snapdragon 765G) is the only mid-range chipset from Qualcomm that supports mmWave 5G via an integrated modem.

A variant of the Galaxy A71 (SM-A716U) also appeared in Geekbench’s database with a Qualcomm chipset. Usually, Samsung releases smartphones in the US with the same base specifications, so it is possible that the US unlocked and carrier versions of the mid-range phone would carry the Snapdragon 765 processor as well. It is being reported that the phone would be launched in late June or early July 2020. 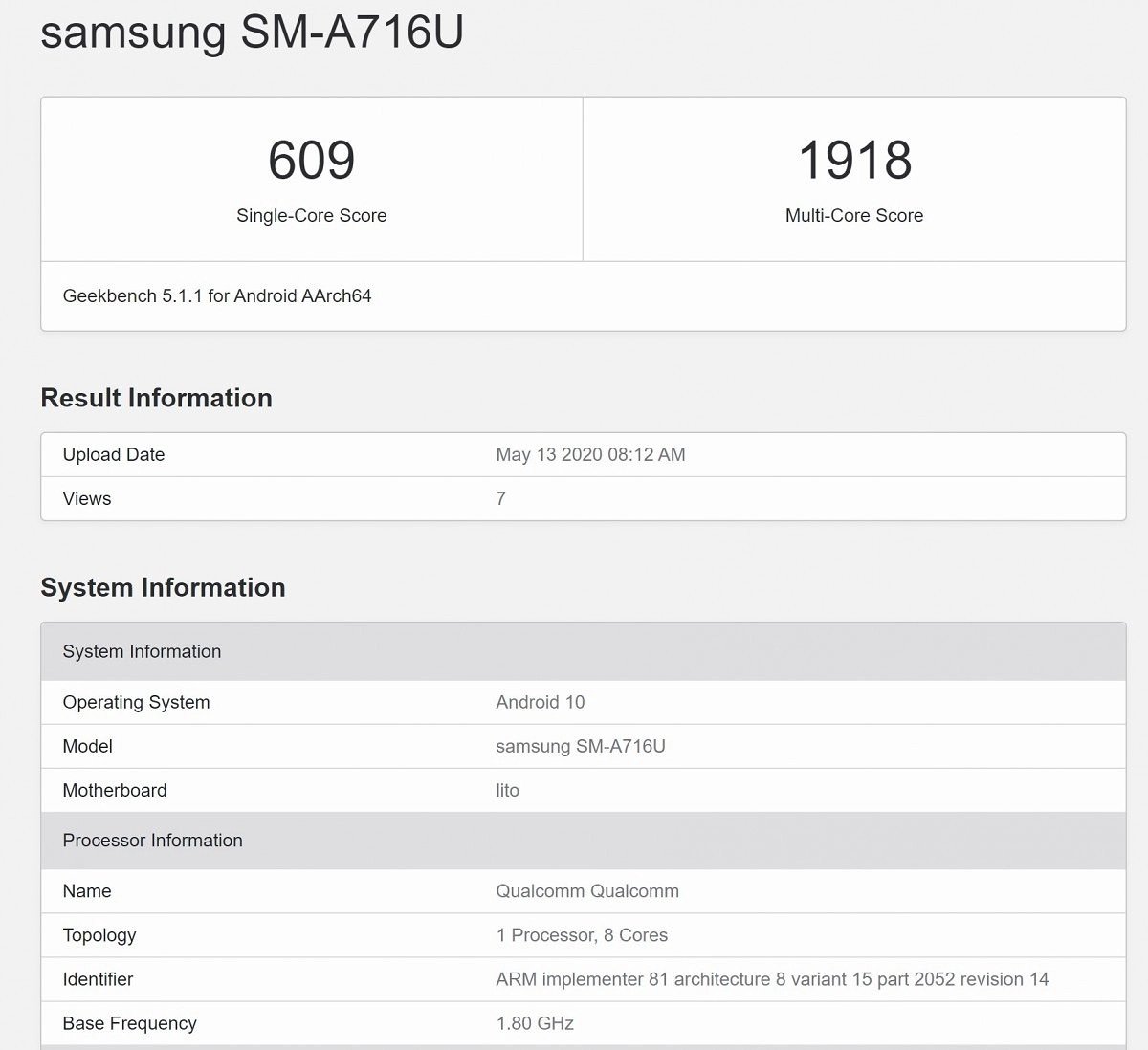 More news »
Best Buy already has discounts on the Galaxy S20 5G for Verizon By Mihai M.|5 hours ago
Microsoft USA offers the Galaxy Note 10 series, unlocked, at killer prices By Mihai M.|2 days ago
Galaxy S20 series gets latest camera update on T-Mobile and Sprint By Abhijeet M.|4 days ago
Verizon rolls out May 2020 security patch to Galaxy Note 9, Note 10 By Asif S.|6 days ago
SamMobile Shop
Opinions More »
Galaxy Note 20 might give you a reason to buy the Galaxy Fold 2 instead
1 day ago