Earlier this year, Samsung started rolling out an unexpected update to the Galaxy A5 (2017) and Galaxy A7 (2017) which brought some new camera features found in the latest Galaxy smartphones. The smaller Galaxy A3 (2017) model was left out without any information about update availability. Nearly three months later, Samsung is now rolling out a similar update to the Galaxy A3 (2017).

Among all the new camera features the update brings, AR stickers and Selfie Focus mode are the most notable ones. The AR stickers allow users to add objects and effects to the photographs to make them interesting and funny. On the other hand, Selfie Focus, as the name suggests, enables the front camera on the Galaxy A3 (2017) to take selfies with blurred backgrounds – a feature becoming increasingly common in the recent smartphones. Of course, without a dual-camera setup, there are limitations to how well the feature works on older smartphones like the Galaxy A3 (2017). Nevertheless, it’s still nice to see Samsung bringing new features to older models even after the launch of their successors. 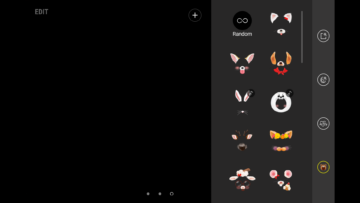 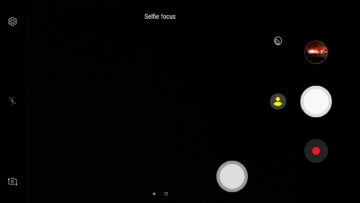 Selfies have become a huge cultural phenomenon and smartphone brands like Oppo have made considerable gains in market share by focusing on selfie-centric features. To make its budget devices more competitive, Samsung seems to be working towards making features like Selfie Focus a standard option of budget Galaxy devices. Camera feature updates to older models appear to be part of the same strategy.

Currently, the update is rolling out to the unlocked variants of the Galaxy A3 (2017). If you have a carrier-branded version, maybe you need to wait a little longer to receive the update. The Oreo update for the Galaxy A3 (2017) is expected to arrive in May. So, don’t be surprised if some carriers decide to skip this update altogether and club it with the upcoming major update. You can check if the update is available for your device by going into the Software update menu in the Settings app and tapping the Download updates manually option.