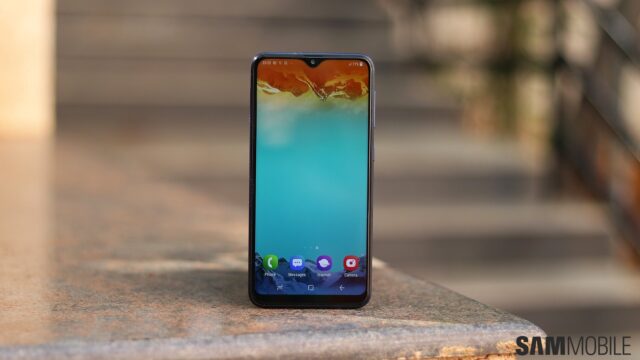 The Galaxy M11 has been exposed in real-life photos by Taiwan’s regulatory body, the NCC. They reaffirm that the Galaxy M11 will sport an Infinity-O display with a corner cutout. They also give us a closer look at the back panel, which seemingly sports a fingerprint scanner and a vertically-aligned triple main camera setup accompanied by an LED flash.

One of the photos pulled from the NCC application for the Galaxy M11 reveals the phone’s internal battery. It appears to have a capacity of 4,900-5,000mAh. Another image suggests that the device will ship with a 15W fast charger in the box.

The model tested by the NCC appears to have 32GB of storage. Last year’s Galaxy M10 came with 16GB or 32GB of built-in memory, so it looks like Samsung may have bumped up the storage on the Galaxy M11 base model to 32GB.

The Galaxy M11 has already been approved by the Wi-Fi Alliance, and it’s been listed on Google’s Play Store console as one of the many devices that are compatible with the service. It’s already been 14 months since the Galaxy M10 was introduced, and it’s about time for a direct sequel to make an official appearance. Exactly when it will happen remains to be seen, but we’ll keep you up to speed with more details on pricing and availability as soon as we’ll have them.