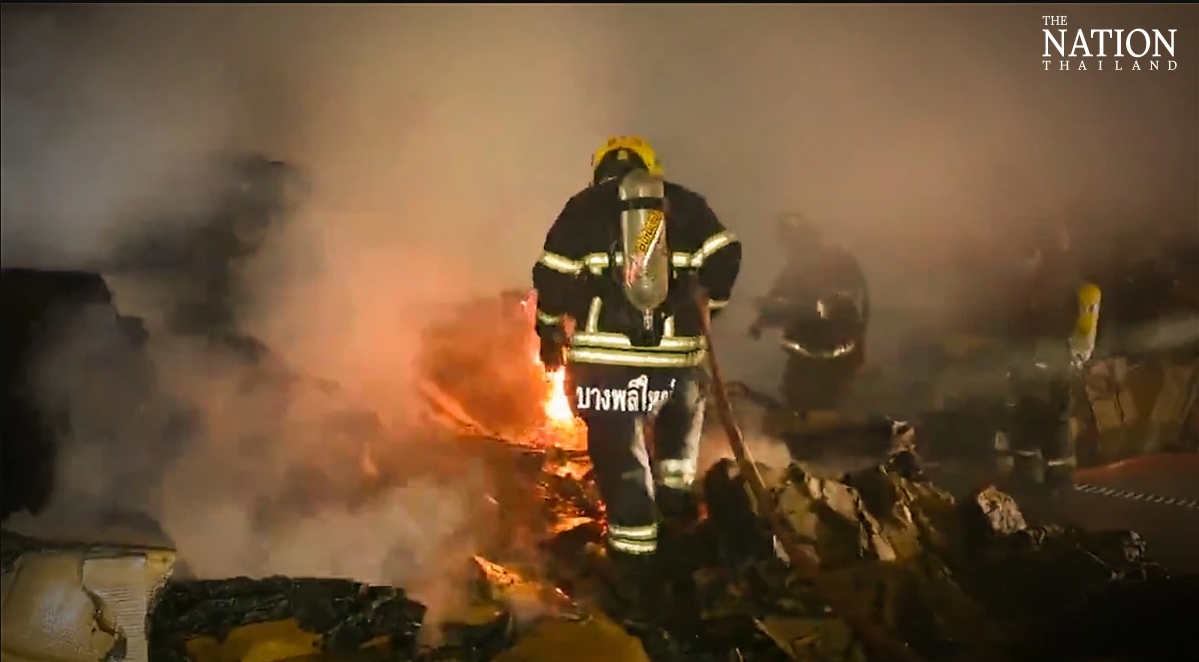 A fire broke out late Sunday night at a Samsung warehouse located in the Samut Prakan province in Thailand. Thankfully, there were no injuries or casualties, but unfortunately for the company’s bottom line, some goods were damaged.

Local authorities were alerted about the fire at around 11 PM, according to reports (via NationThailand). Bang Phli Yai administrative organizations sent 20 fire engines to the location, and firefighters took roughly an hour to control the situation.

The Samsung warehouse contains electric appliances, but the company has yet to estimate the damage. Reportedly, the fire broke out at the back of the warehouse before spreading inside the building.

The local police suspect a short circuit may have been the cause of the fire. Security officers guarding the Samsung warehouse tried to control the fire using chemical extinguishers. When that failed, they reportedly called the local authorities.

Unfortunately for Samsung, this isn’t the first fire to break out at one of its facilities in recent years. In 2017, Samsung SDI’s factory in China caught on fire. In 2020, fires broke out both at Samsung’s chip manufacturing plant in Hwaseong and its display complex in Asan.

And in 2021, a power outage at Samsung’s chip plant in Texas caused an estimated $270 million in damage.