Breaking: Check out the Galaxy S20 Ultra in this live image

Samsung’s upcoming Unpacked event has been ruined quite spectacularly already, and it seems the leaks won’t let up until the company makes its new flagship official. We have seen many leaked renders of the Galaxy S20 smartphones and a couple of live images as well, and today, yet another photo of Samsung’s upcoming flagship series has made its way online. This time, we’re getting a close-up look at the Galaxy S20 Ultra’s rear camera layout.

The photo shows what we expect: Three main rear cameras, an LED flash, “100X Space Zoom” branding, and a 3D ToF camera sensor. There’s also a small hole between the flash and top-most camera sensor, which is likely to be a microphone that is used for the Zoom-in Mic feature. Zoom-in Mic debuted on the Galaxy Note 10: It uses the rear-facing microphone to increase the sound of the subject in focus when the user zooms in on something while recording a video.

The photo, which you can check out below, also shows how much the camera assembly on the Galaxy S20 Ultra will stick out from the main body. The Galaxy S20 and S20+ cameras won’t stick out nearly as much, but that’s because they won’t have the same awesome camera specs as their Ultra sibling. 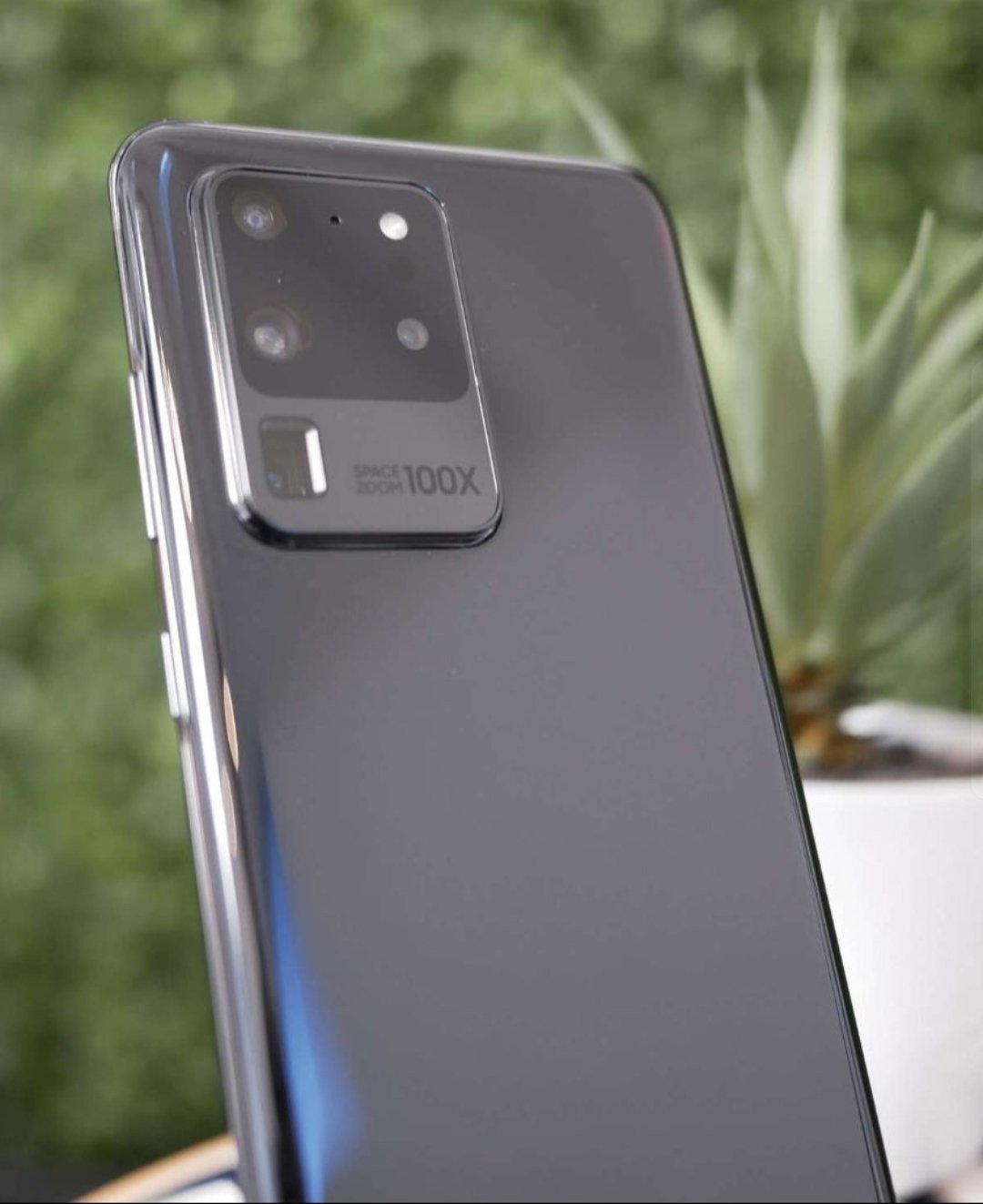