Samsung’s latest F-branded Galaxy phone called the Galaxy F62 was announced earlier this week and is now being readied for release in India. It’s an intriguing new entry to Samsung’s portfolio because it fits in the mid-range market while boasting a flagship-grade chipset.

Aside from the different SoC, however, the Galaxy F62 is extremely similar to the Galaxy M51, the latter of which was released in September. The phones don’t look alike but they do share a lot of components and are, in fact, nearly identical once you look beyond the surface.

The Galaxy F62 has an Infinity-O display design just like the Galaxy M51 does, but things look a lot more different at the back. The camera bump is square instead of rectangular, and the LED flash sits on the outside. Both phones carry their volume rocker and fingerprint sensor on the right edge. 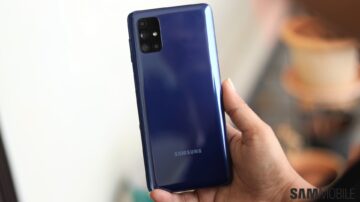 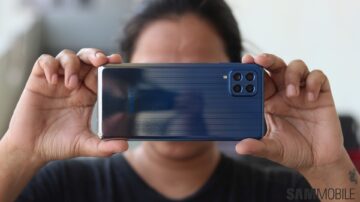 Whether you prefer the rectangular or square-shaped camera bump is up to you. Neither design screams ‘premium’ or ‘flagship’ but the square-based design is a little bit newer. As for color options, the Galaxy F62 comes in three flavors instead of two and they all have a vertical stripe pattern. The new color options are called Laser Gray, Laser Green, and Laser Blue.

As far as specifications are concerned, the Galaxy F62 is almost a carbon copy of the Galaxy M51, with one big exception: the chipset. Both phones have the same 6.7-inch display, memory options, camera configuration, connectivity features, and battery characteristics.

However, the Galaxy F62 employs a flagship-grade chipset; the same that powers the Galaxy Note 10 series. Namely, it ships with the Exynos 9825 SoC, which is noticeably superior to the Snapdragon 730G chipset used by the Galaxy M51 in both CPU and GPU performance. 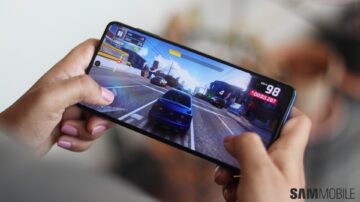 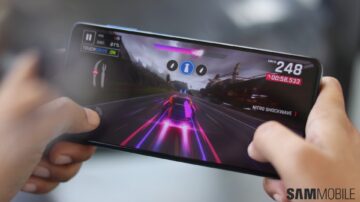 Here’s the kicker: The Galaxy F62 has a lower launch price

The Galaxy M51 was introduced to India in September for the starting price of INR 24,999 ($343), and even though the Galaxy F62 is the superior device thanks to its chipset and newer firmware, Samsung and Flipkart will be selling it for the starting price of INR 23,999 ($330) beginning next week. Granted, the Galaxy M51 is presently available at Amazon India for INR 22,999 ($316) on a limited-time deal, but it still doesn’t make it a better choice.

In conclusion, if you’re looking to buy a new mid-range phone and you have the possibility of choosing between these two models, you should buy the Galaxy F62 unless you really hate it’s exterior design for some reason. It’s not only technically cheaper, barring limited-time deals, but it’s also more powerful and future-proof to the point where it makes the Galaxy M51 obsolete.

You can refer to the comparison widget below for a closer look at how these two phones compare side-by-side. Don’t forget to hit the Full Comparison button for all the specs, and if you want to learn more about how it’s like using the Galaxy F62, stay tuned for our upcoming review.