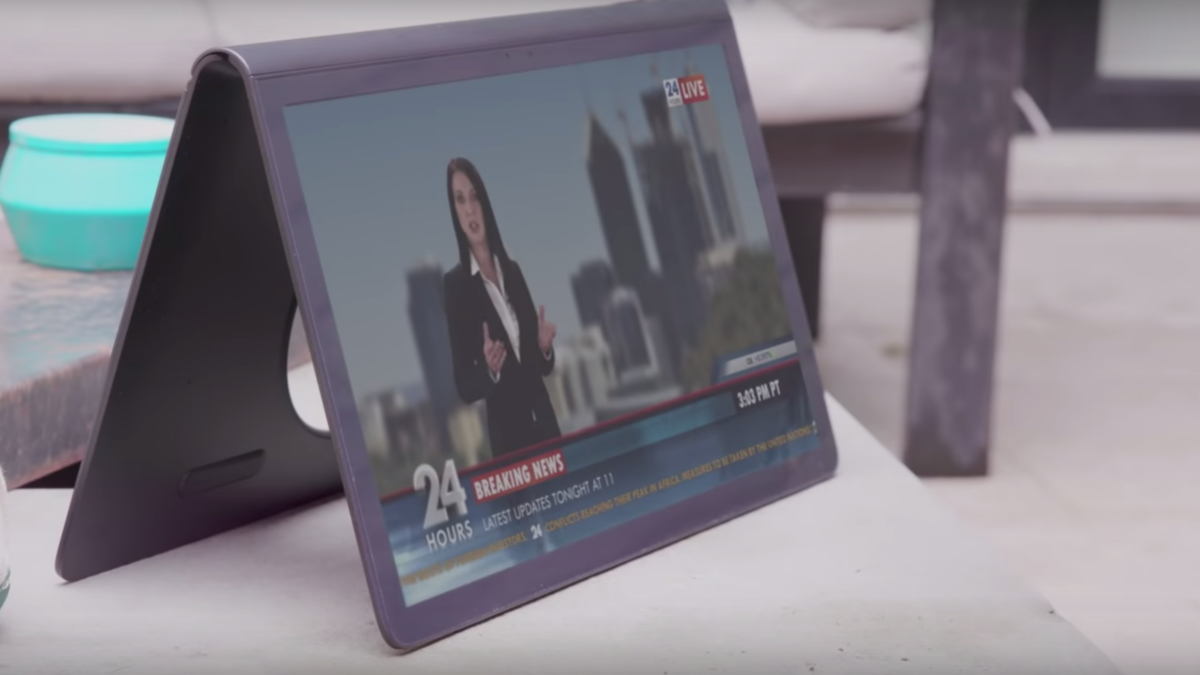 Just a day after we exclusively revealed the Galaxy View 2, AT&T has officially confirmed the device as well. The original Galaxy View “movable display” was launched on AT&T as well so it’s no surprise that the same carrier has been chosen for the successor.

AT&T hasn’t confirmed pricing and availability details as yet. It has posted a video on YouTube which details some of the Galaxy View 2 specs and features. It may not be long before the carrier starts selling the device.

The Galaxy View 2 has been designed to be a bit more compact compared to its predecessor. The original Galaxy View had an 18.4-inch display and even an integrated handle for portability. That’s not present in the new model which opts for a hinged kickstand.

Described as a 4G LTE-connected “mobile TV” in the video, the Galaxy View 2 features a 17.3-inch Full HD display. It has a dedicated TV Mode which will let users quickly access DirecTV Now, AT&T’s online TV streaming service. There are quad speakers with Dolby Atmos for a “cinematic sound” experience. It can be used in tablet mode by collapsing the kickstand. Android apps can be used in both portrait and landscape mode on this massive device.

AT&T’s NumberSync service is supported on the Galaxy View 2. It will enable users to make and receive phone calls on the device. All of this is backed up by a 12,000mAh battery. The Galaxy View 2 also features 64GB of internal memory and supports external expansion up to 400GB. AT&T doesn’t mention the other technical specs but an earlier Geekbench sighting suggested that the Galaxy View 2 features an Exynos 7885 processor with 3GB of RAM.

With these Galaxy View 2 specs and features being officially revealed, it’s only a matter of time before AT&T confirms pricing and availability details as well.