Galaxy A80 price and release date confirmed by Samsung 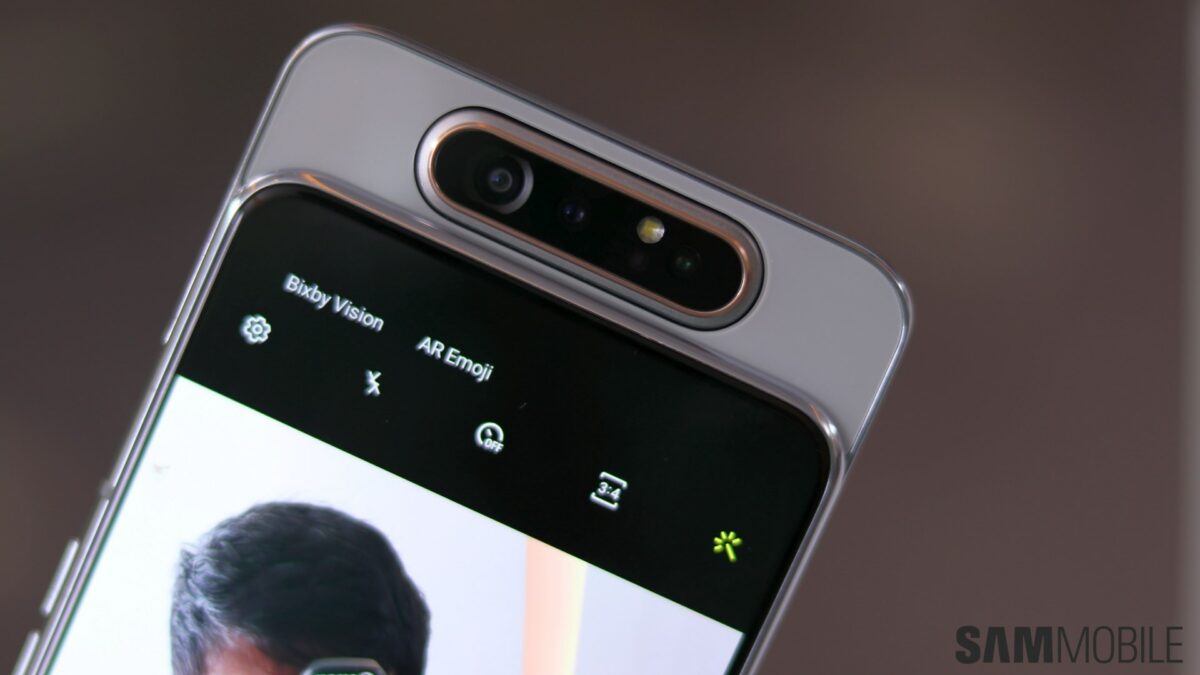 Samsung has now officially confirmed the Galaxy A80 price and release date. This is the first smartphone from the company with a sliding, rotating camera. Earlier reports had claimed that this device would be launched as the Galaxy A90. That’s not the case, though, it’s going to be called the Galaxy A80.

The company has unveiled the device at an event in Bangkok today. We were on the ground and have already gone hands-on with the Galaxy A80. It’s a pretty solid premium mid-range device with a unique camera that sets it apart from the competition.

Galaxy A80 price and release date

The Galaxy A80 is the dividend of Samsung’s strategy of packing mid-range devices with tech that’s not even present in its flagship smartphones. This is the first device from the company with a sliding and rotating mechanism for the front camera.

This means that users get to utilize the powerful primary camera system for selfies. It has a 48-megapixel primary sensor with an 8-megapixel Ultra-Wide and even a 3D Depth camera. The entire camera system becomes available when the front camera is trigged in an app. The slider moves up and the camera system rotates to face the user.

It’s the most expensive device in Samsung’s new Galaxy A lineup, understandably. Samsung confirmed today that the Galaxy A80 price will be 649 euro. It will cost about the same in other markets across the globe. The Galaxy A80 is going to be available starting May 29. It will be sold in Angel Gold, Ghost White and Phantom Black colors. Samsung is going to offer the handset in markets across Europe, Middle East, Russia, Asia, Australia, New Zealand, China and Hong Kong.