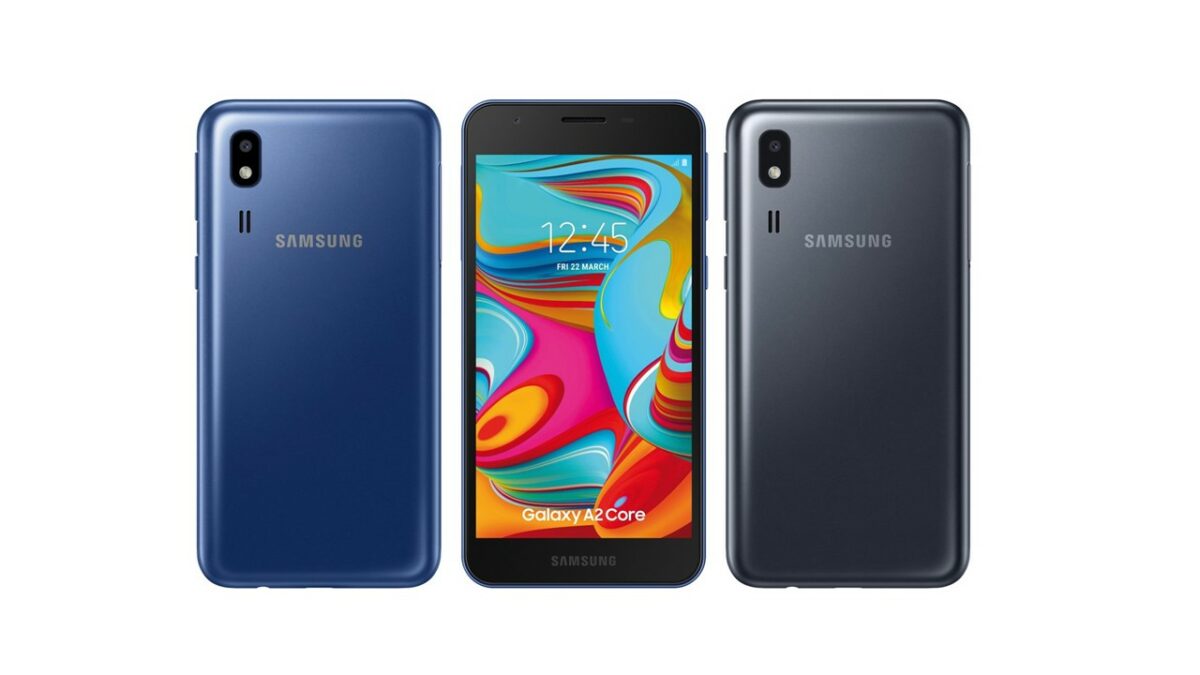 Samsung’s next Android Go smartphone has been revealed by a leaked press render. The Galaxy A2 Core will be the first Galaxy A series Android Go phone, and the device is already listed in the support section of Samsung’s website. The render shows the date March 22 on the lock screen, so we can expect it to go official around that date.

From the front, the Galaxy A2 Core looks pretty similar to the Galaxy J2 Core, big bezels with the Samsung logo included. The rear is a bit different, with the camera module shifted to the top left like many recent budget and mid-range Samsung phones and a speaker grill just below. We also know basic Galaxy A2 Core specs thanks to its appearance on the Geekbench website last month: It has 1GB of RAM and is powered by Samsung’s Exynos 7870 chipset. 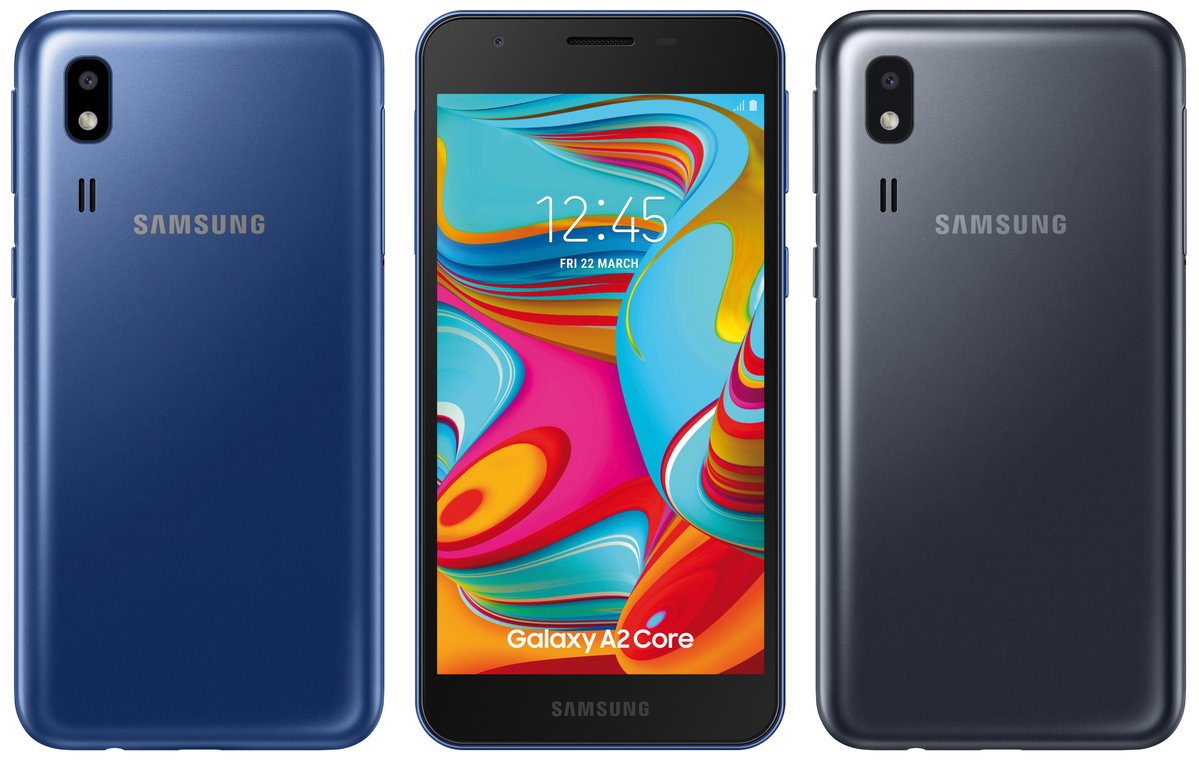 The Geekbench listing had the Galaxy A2 Core running Android 8.1 Oreo, and while we hope Samsung launches the device with Android Pie out of the box, we wouldn’t hold our breath. And yes, like Samsung’s previous Android Go phones, the Galaxy A2 Core doesn’t come with stock Android. It will have drastically lower functionality compared to standard Galaxy smartphones, though.

We can expect the Galaxy A2 Core to be launched in India and some of the neighboring markets. South Africa should be on the list as well, as the country’s local Samsung website has support pages for the device.