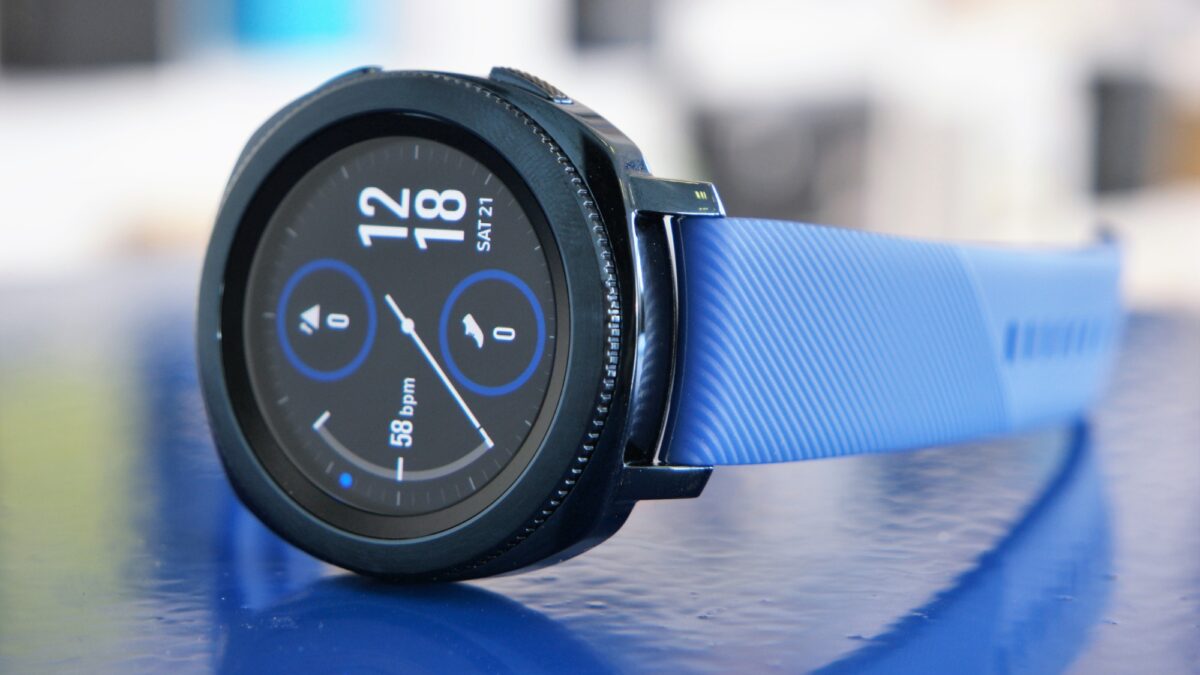 Our fears have come true: Samsung’s next smartwatch will not have the company’s innovative bezel ring. We were the first to reveal that Samsung is working on a successor to the Gear Sport codenamed Pulse, with recent leaks confirming it will be called the Galaxy Watch Active. Some of the watch’s specs were revealed recently by its firmware files, and we have now been able to get our hands on more details. Again, there’s no bezel ring on this thing, and Samsung has also reduced the display size.

The Galaxy Watch Active will feature a 1.1-inch AMOLED display with a resolution of 360×360 pixels. The Gear Sport’s 1.2-inch display was not fit for every wrist, and that limitation is going to be present on its successor as well. The smaller display makes the lack of a rotating bezel ring even more confusing, since Samsung is going to ask everyone to adapt to touch interactions on such a small display. Perhaps the smaller display is also why Samsung has reduced the battery size to 236 mAh (the Gear Sport had a 300 mAh battery).

And no, a larger model with a bigger battery is not in the works. Only one model of the Galaxy Watch Active – model number SM-R500 – has been spotted till now. That’s not surprising as even the Gear Sport had just one variant. Speaking of batteries, the Galaxy Watch Active will come with a redesigned charger. It’s basically a small pad now, so the watch will sit on it horizontally instead of at a 90-degree angle. Those who buy the Galaxy S10 will find this convenient and consistent, as they will have to put the watch flat on the phone to use its reverse wireless charging feature.

Thicker than the Gear Sport

The Galaxy Watch Active will be water-resistant up to 50 meters, just like the Gear Sport. We’re not sure if it also has MIL-STD-810G certification, though. Some of the other specs include a dual-core Exynos 9110 chipset, 4GB of storage, Bluetooth 4.2, NFC, and Wi-Fi connectivity (there is no 3G or 4G support). Naturally, it runs Tizen (version 4.0.0.3) and will introduce support for Bixby Reminders to Samsung’s smartwatch lineup. All of those specs sit inside a body that 13mm thick. That’s thicker than the Gear Sport, which had a 11.6mm profile.

As usual, we have to mention that some of this information may turn out to be inaccurate, although we’re pretty confident of our sources. The Galaxy Watch Active is expected to make an appearance with the Galaxy S10 on February 20, so there isn’t a lot of time left before we hear the official details from the horse’s mouth.