Render shows Galaxy S10 with centered display holes, because why not

There isn’t a lot of clarity about the Galaxy S10’s display at this point. Some rumors suggest that at least one model might have an Infinity-O display. Others claim all Galaxy S10 models will have a display hole for the front camera. The renders that have surfaced over the past week subscribe to the latter.

This case manufacturer’s expectation only differs in placement as it also claims that the Galaxy S10+ will have a dual front camera. The other two models will have single front cameras and thus a single display hole.

The centered display holes mean that the screen can flow above them. One can presume that they would blend in nicely with the black status bar. To some, it might feel like this is a mini notch since it’s not as big an obstruction. This will likely appeal to those who appreciate symmetry as well.

Whether or not this is what Samsung ends up doing remains to be seen. This render is based on a case manufacturer’s expectations for the Galaxy S10 lineup. While they often have some information about an upcoming device’s design ahead of time, they’re not always fully informed.

So take this with a healthy dose of salt until there’s more to go on. We have already asked you if you’d prefer a notch or display holes on the Galaxy S10. Now the question is whether you’d prefer the centered display holes or not? Do let us know in your comments below. 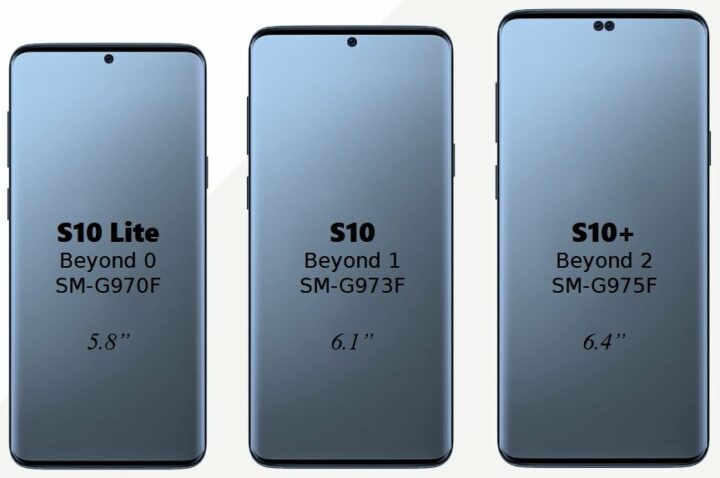