A new report brings purported Galaxy S10+ dimensions with unofficial renders of this device. This is slated to be the best of the three main models of the Galaxy S10. Samsung is also believed to have a separate 5G model in the pipeline.

We’ve already told you that the Galaxy S10+ will feature model number SM-G975F. It’s expected to come with a 6.4-inch, possibly 19:9 aspect ratio and 1440×3040 pixel resolution display. It may have a dual front and triple rear camera setup.

That’s what we get to see in these unofficial renders as well. The renders have been created by OnLeaks who is known for whipping them up based on CAD files. The triple camera system at the back might be positioned horizontally instead of vertically like it is on the Galaxy S9+. The change in position has been rumored before as well.

The Galaxy S10+ dimensions are said to be 157.5 x 75.0 x 7.8mm compared to 157.7 x 73.8 x 8.5mm of the Galaxy S9+. Some reports suggest that Samsung will ship its new Infinity-O display with all models of the Galaxy S10. The Infinity-O display has a hole in the active display area for the front camera. It’s a way of ditching the notch in this seemingly neverending race to stretch the display as much as possible.

Since the Galaxy S10+ is expected to have a dual front camera, it would obviously have a larger hole in the display. The other two variants may only have a single front camera so they will require a smaller hole. That might be similar to the one on the Galaxy A8s, Samsung’s first smartphone with Infinity-O due even before the Galaxy S10.

These unofficial renders also show that the Galaxy S10 will be retaining the 3.5mm headphone jack. If this is accurate, it will be a relief for Samsung fans who don’t want the company to follow the herd in this case.

What do you make of this representation of the display hole for the Galaxy S10+? Does it look better to you than a notch? Let us know in the comments below. 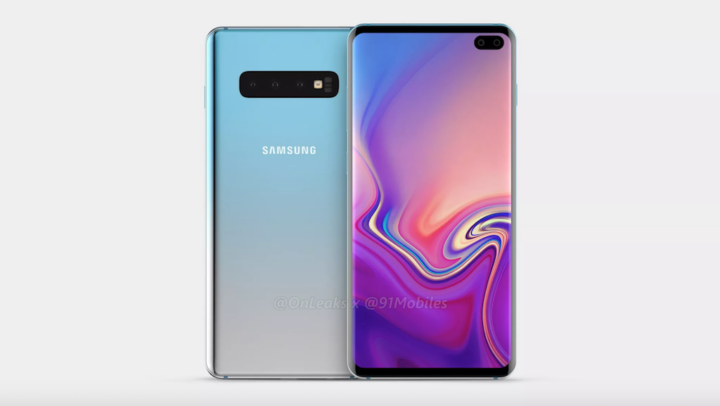 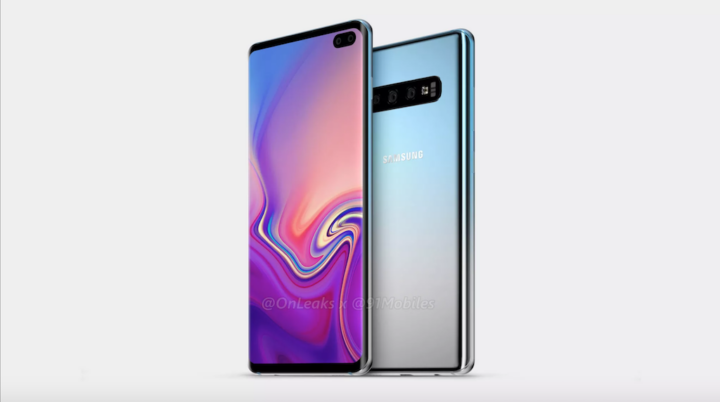 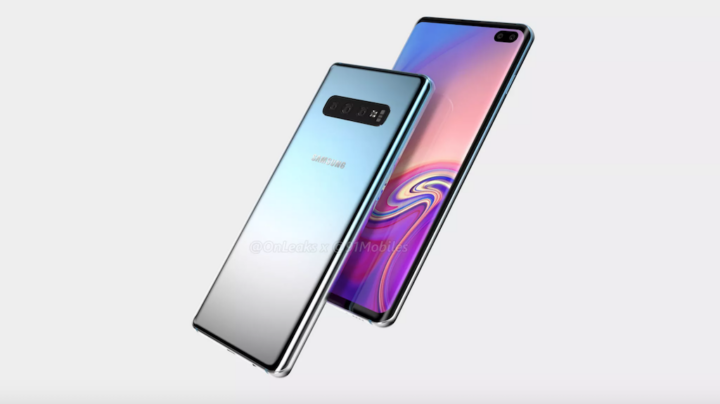 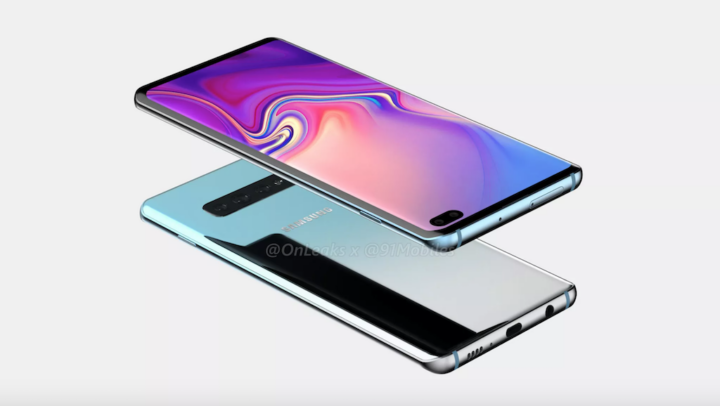