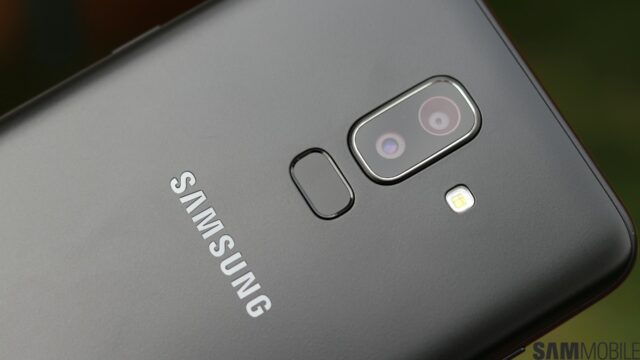 Samsung debuted the AR Emoji feature with the Galaxy S9 earlier this year. The camera feature has since made its way into most of the company’s existing flagships and mid-range smartphones, as well as some budgets ones, like the Galaxy J7 Duo. Next in Samsung’s budget lineup to get the AR Emoji feature is the Galaxy J8. The company is currently rolling out a new over the air (OTA) update for the J series smartphone.

While AR Emoji in Samsung’s latest flagships work great, the feature has an enormous amount of lag when it comes to budget phones. Also, AR Emoji does not work in real time on devices other than the S9 and Note 9, so there’s no support for the Disney AR Emojis. AR Emoji in the Galaxy J8 is also expected to function the same. The new update also brings dual VoLTE support to the Galaxy J8. The update comes with software version J810GDDU2ARJ4.

To update your Galaxy J8, go to the phone’s Settings app, tap Software update, then select the Download updates manually option. You’ll get a prompt to download the update. You can also download the latest firmware from our database and install it on your phone using your desktop computer or laptop.