Galaxy S10 processor has ‘intelligence from within,’ launches next week 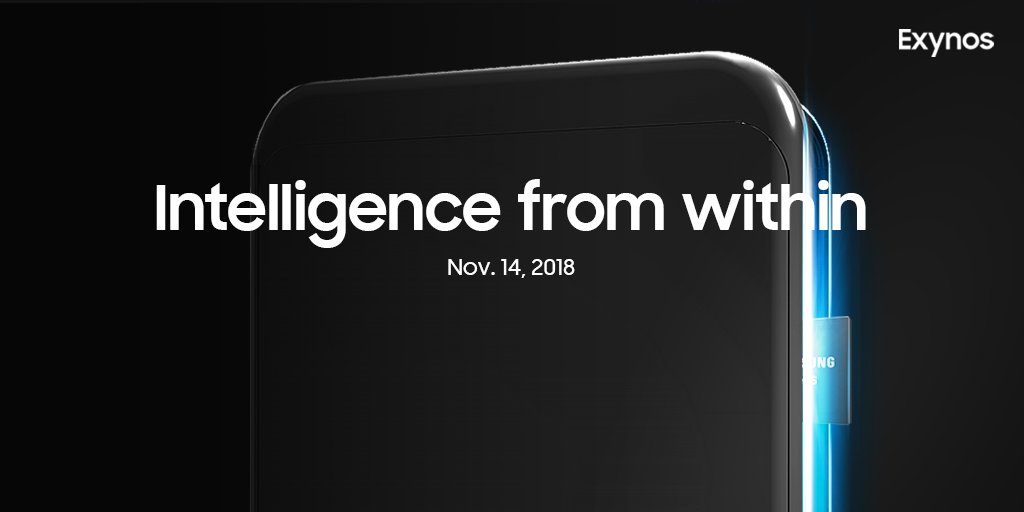 Samsung will soon unveil the Galaxy S10 processor. As a result, the company has confirmed through its official Exynos social media accounts that it will be unveiling its next flagship chip on November 14. It will be the successor to the Exynos 9810 which powers the Galaxy S9 and the Galaxy Note 9.

It’s not known as yet what Samsung will be calling this chip. If history is any indication, it may be called the Exynos 9820. That the moniker we have seen in rumors and reports about this chip as well.

The Galaxy S10 processor will be Samsung’s first Exynos chip to be produced on its advanced 7nm LPP process that relies on the EUV lithography technology. The process technology improvement will deliver up to 50 percent lower power consumption and a 20 percent gain in performance, according to Samsung.

Samsung is teasing that its next Exynos chip will feature “intelligence from within.” It appears to be a subtle hint at a neural processing unit for the chip. Previous reports have suggested that the Galaxy S10 processor will have a dedicated neural processing unit. It’s expected that the next Exynos processor will have a dual-core artificial intelligence chip. It will enable the Galaxy S10 to perform more complex AI and machine learning tasks.

The new Exynos processor will also be capable of supporting a 5G modem. Consequently, Samsung has been working on the Exynos 5100 modem which will bring 5G capabilities to its devices. It’s said to launch a separate model of the Galaxy S10 which will be 5G-enabled.

Samsung has revealed no further information about this Exynos processor right now. We won’t have to wait for much longer, though, as the official launch has been scheduled for November 14, 2018.